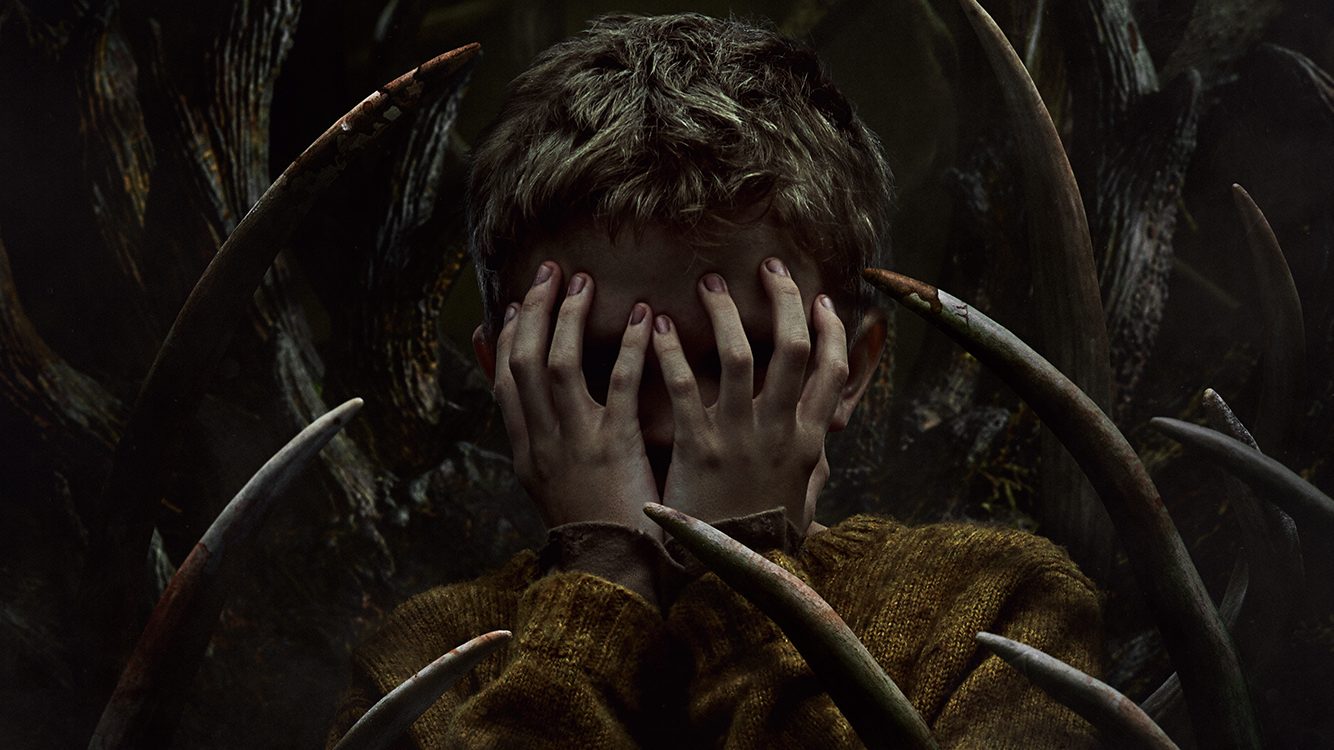 Searchlight Pictures has released the first clip to the upcoming horror film, Antlers. The clip shows Lucas confronting a bully in the woods. As the bully does what bullies do, as the children are distracted by a noise in the woods, Lucas faces the monster and watches as his bully is viciously attacked. The film was directed by Scott Cooper from a screenplay adapted by Cooper, Henry Chaisson, and Nick Antosca. The film was produced by Guillermo del Toro, J. Miles Dale, David S. Goyer, Jim Rowe, Kevin Turen and Antosca.

The film is based on the short story “The Quiet Boy” by Scott Cooper. Antlers is set to release next week on October 29th, Check out the clip below: