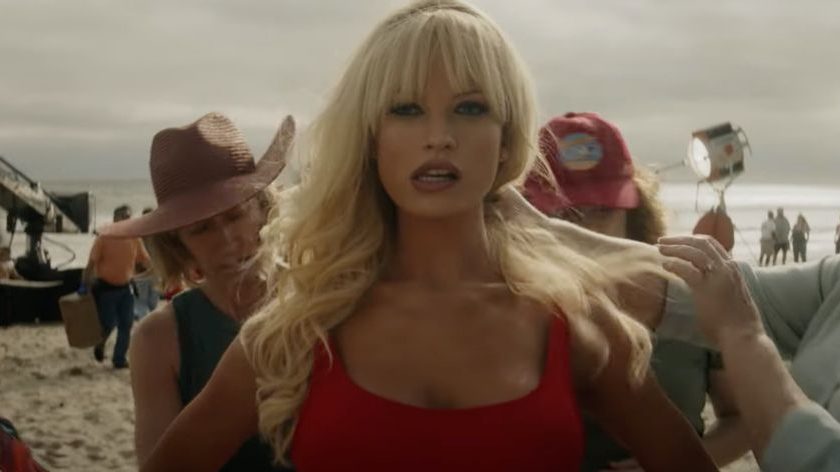 Hulu has released the first teaser trailer to their upcoming limited series Pam and Tommy just a few months after giving us our first look images. The teaser shows how the completely transformed Sebastian Stan and Lily James who will portray the infamous couple of Pamela Anderson and Tommy Lee.

The series will be produced by Seth Rogen who also has a role in the series as the man who got his hands on the sex tape and sold it. Evan Goldberg will produce under their company Point Grey. You will get a look at Rogen right off the bat in the teaser as we instantly see him and Nick Offerman as he is showing him the tape he has come across and has in his possession. In the trailer we see the events unravel after realizing the gold mine they have on their hands all while leading up to the events we all know too well during the scandal that followed the leak of their sex tape.

The eight-episode mini-series, written and created by Robert Siegel, will explore the now-infamous marriage between the two stars which led to the filming and leaking of their honeymoon sex tape. This all led to public scandal and scrutiny which was the topic of many tabloids for quite a while and also the sale of their tape. Pam and Tommy also stars Taylor Schilling, Andrew Dice Clay, Pepi Sonuga, Spencer Granese, and Mozhan Marnò.

Pam and Tommy will premiere with the first three episodes on February 2 on Hulu, with new episodes streaming weekly. Check out the first trailer below.