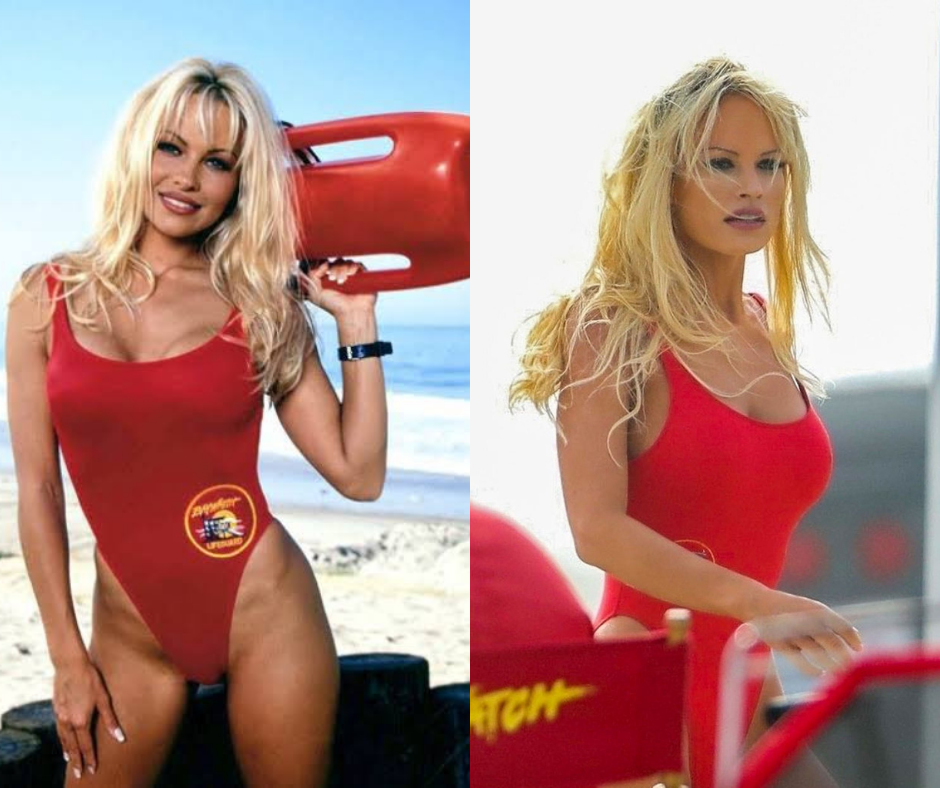 Photos from the set of the upcoming Hulu limited series Pam and Tommy have surfaced, and they feature Lily James as Pamala Anderson in Baywatch.

It’s not surprising as Pamela Anderson‘s most iconic role was during the Baywatch series that saw her in the role of lifeguard C.J. Parker during the series running in the ’90s. James is seen sporting the iconic outfit during the shooting of the upcoming series that focuses on Anderson and Lee’s relationship and sex tape leak scandal.

The series follows the “tumultuous relationship between the Motley Crüe drummer/co-founder and former Baywatch star/model, including the notorious incident in which their honeymoon sex tape was stolen and subsequently leaked to the public. Though it will be included, the story will not focus on the scandal but rather explore their relationship going back to their marriage after only 96 hours of knowing each other.”

Craig Gillespie will direct and executive produce the series. Take a look at the photos below: