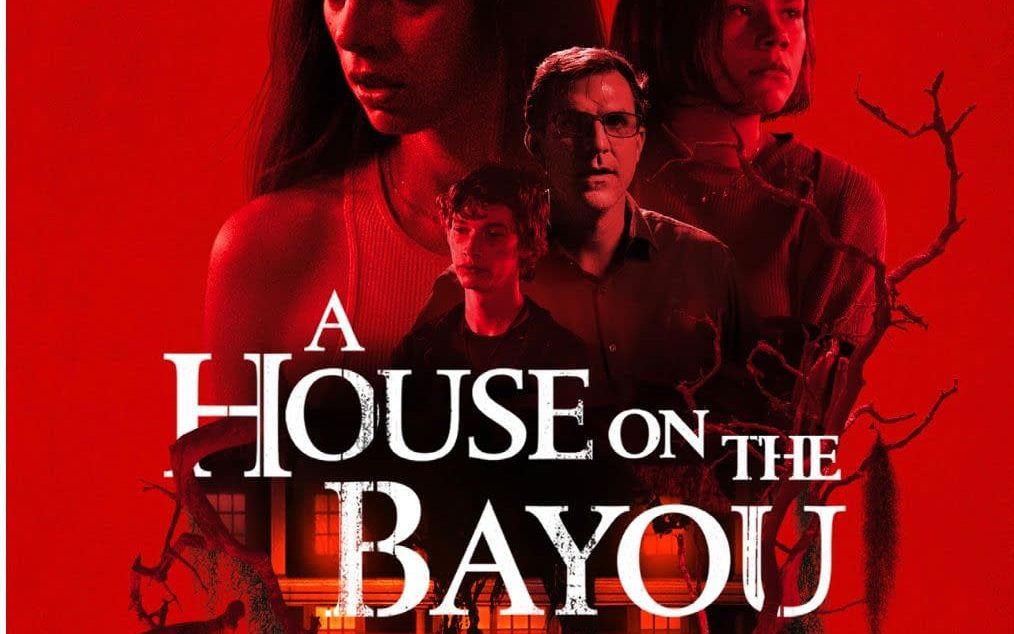 Trailer For A House On The Bayou Brings The Devil To Your Doorstep – You might not believe in the devil, but he does believe in you

Paramount Pictures has released a new trailer for the upcoming horror film A House on the Bayou. The film was written and directed by Alex McAulay and this marks the first of 8 planned horror movies in a deal that was struck between Epix and Blumhouse. This means the film will premiere exclusively on EPIX and VOD on November 19th, 2021.

The film focuses on a family who is attempting to escape the city for a getaway and they wind up in, you guessed it… a house on the bayou. Away from the big crowds and civilization of the city, but nothing as it seems in this small town as some neighbors invite themselves in and nightmares ensue.

Here is the official synopsis:

“In an effort to reconnect and mend their relationship, Jessica and John Chambers (Angela Sarafyan, Paul Schneider) seek an idyllic getaway with their daughter Anna (Lia McHugh) to a remote mansion in rural Louisiana. When suspiciously friendly neighbors show up for dinner uninvited, the weekend takes a sinister turn as the fragile family bond is tested and dark secrets come to light.”

A House on the Bayou comes exclusively to EPIX and on VOD on November 19. Check out the new trailer below: