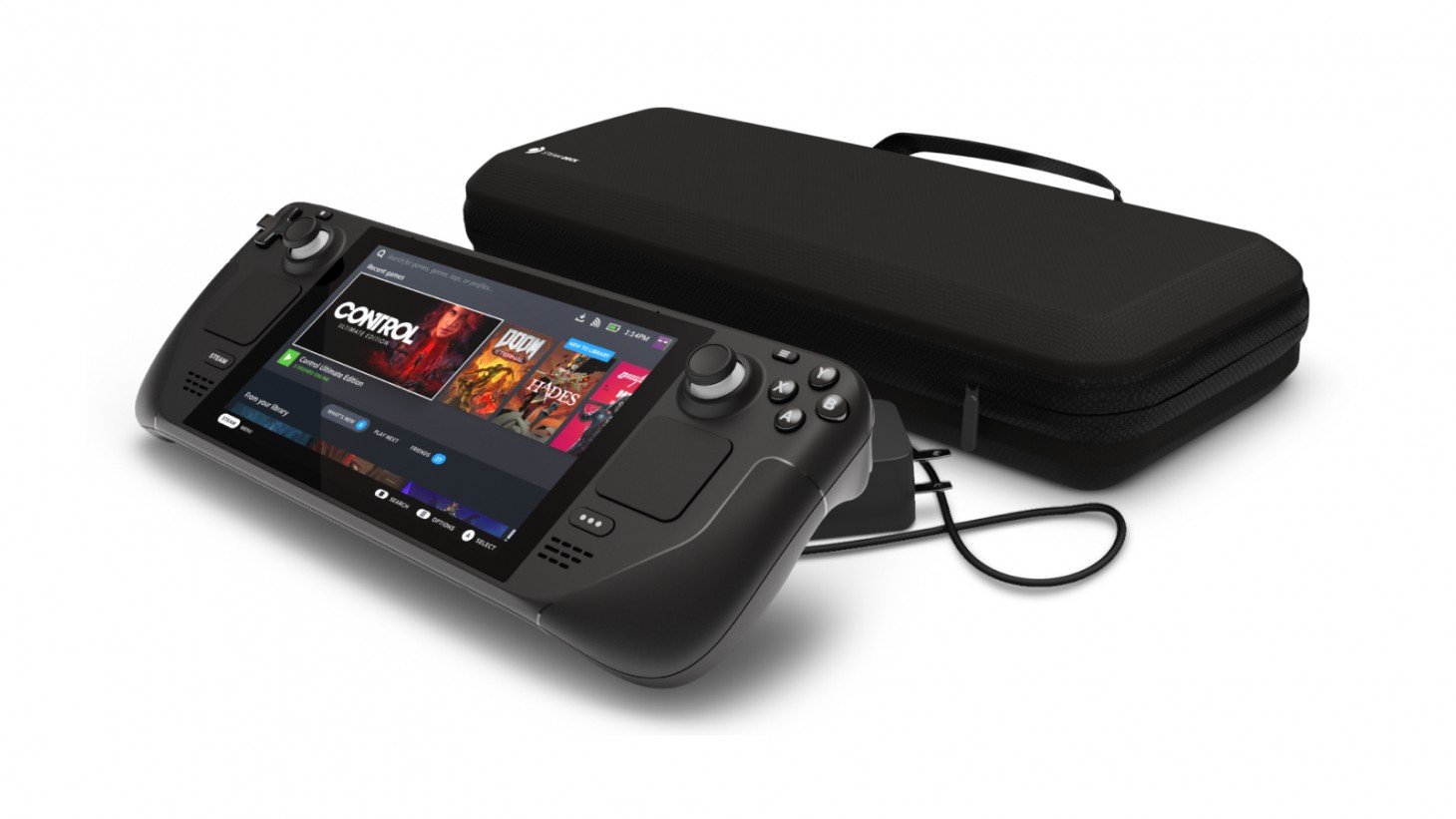 These STEAM DECK Pictures Show it is A Behemoth

Since its initial announcement last July, Valve has had fans eager with cautious excitement for its upcoming handheld Switch-like console. The idea is something to be desired. Access to your Steam library in a console that can be taken on the go as a handheld or docked for use as a console or mini-PC. Since the initial photos were released, fans have been slightly confused by the layout of the device and now, these comparison photos might just deter fans just a bit more.

Notable concerns seem to be the buttons and analogs running off the edge and quite high on the handheld device and also evenly aligned, unlike the Switch that offsets them. There are also the two noticeably large touchpads on either side of the device, and the thing that cannot be ignored is just how much of a behemoth this handheld device is. Now, as a mini-PC, these aren’t really issues that should matter, but as a console that is presenting itself as “handheld,” it does raise the question of how user-friendly it might actually be on the go.

With the release date close, some eager fans have already gotten their hands on the Steam Deck and have posted some comparison photos showing just how large the handheld console is. Check them out below:

Here is the Steam Deck compared to Sony‘s PlayStation Vita:

Next, we can see it compared next to the Nintendo Switch:

Here are some other comparisons just for your enjoyment:

Weighing in at 1.47 pounds on a device of that size, the sad truth is that unless you have some large hands, or are a fan of really big screens, then this might not be what you were hoping to see. There’s still plenty of upside on the Steam Deck and it’s an exciting device, but you have to go in understanding that this is far from a compact device. The Steam Deck arrives on February 25th for the first wave of pre-orders.