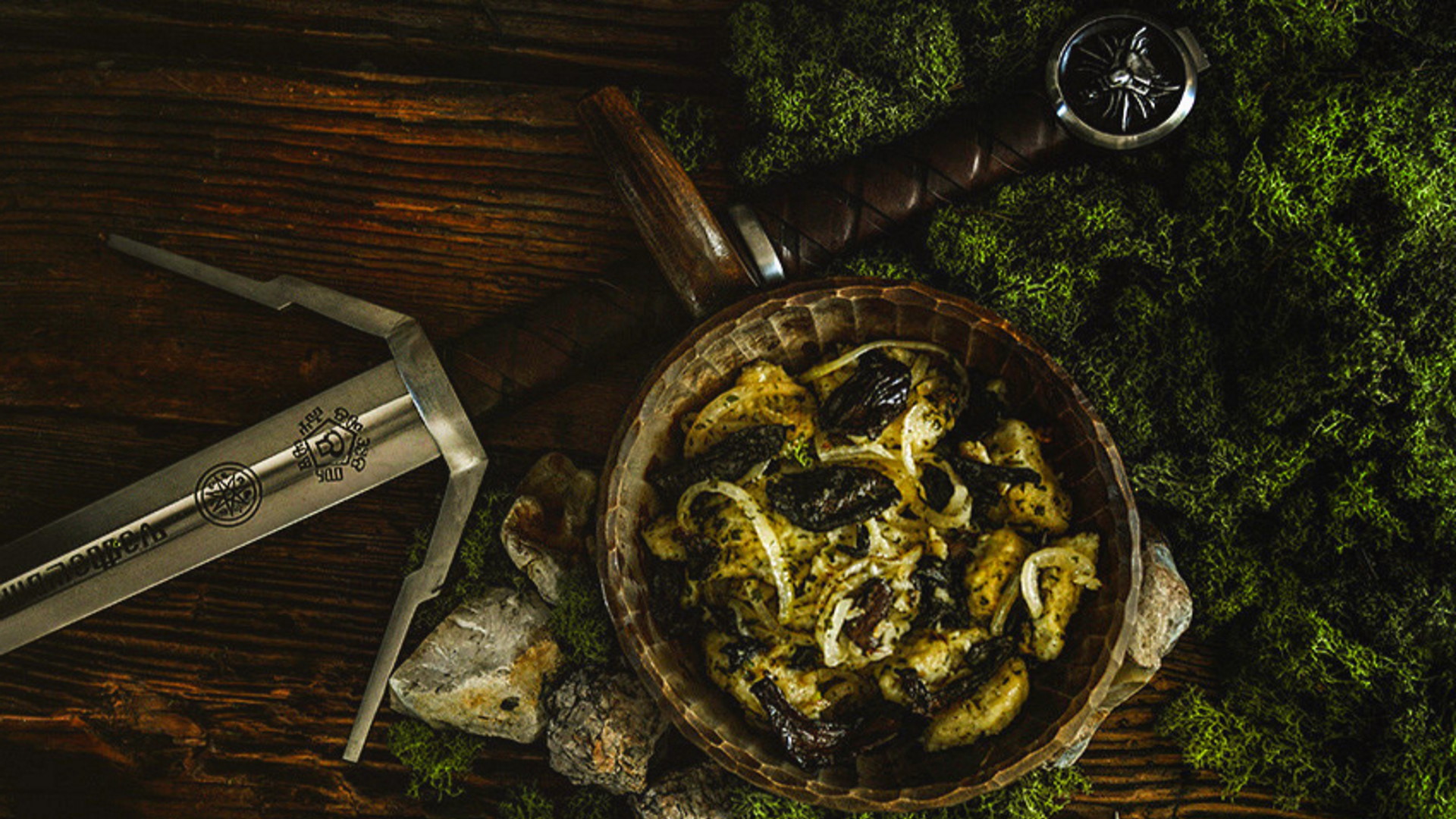 Nerds’ Kitchen and Ten Speed Press have announced that they will be releasing The Witcher Official Cookbook. The cookbook is fully trademarked by CD Projekt Red and is set to feature 80 recipes that will have Jaskier singing for more. Anita Sarna and Karolina Krupecka of Nerds’ Kitchen created the cookbook that is set to bring a new level of the Witcher universe to your home that will now give fans the opportunity to cook their favorite meals themed by The Witcher.

The recipes found in the cookbook are meant to emulate the foods that Geralt may encounter while hunting all types of creatures on the path. Within the pages of the cookbook, you will find foods from White Orchard, Oxenfurt, and even the islands of Skellige.

“Take a culinary journey through the fantastical world of The Witcher with thoughtfully imagined, flavorful recipes inspired by The Witcher‘s expansive settings, characters, and lore. In this beautifully photographed cookbook, Anita Sarna and Karolina Krupecka, the creators of fan-favorite food blogs Nerds’ Kitchen and Witcher Kitchen, share their meticulously-researched, immersive recipes that give fans a taste of the distinct flavors a witcher might sample as he travels the countryside in search of monsters to slay and coin to earn.

These dishes celebrate local and seasonal ingredients while adding unique twists that form a culinary map of the Continent and beyond. Warm up over a bowl of fragrant stew or juicy baked fruit from the namesake trees of White Orchard; end a hard journey to Velen with a hearty, rustic meal at the local tavern; enjoy an aromatic snack as you stroll the markets of Oxenfurt; sample dishes from near and far in the diverse port city of Novigrad; dine onfreshly-caught fish and mulled drinks on the islands of Skellige; feast on rich dishes in the sun-drenched climates of Toussaint and Beauclair; or forage on the perilous road to Kaer Morhen to learn the edible secrets of the witcher’s keep. Transport your kitchen to another world with the tempting scents and flavors in The Witcher Cookbook.”

The Witcher Official Cookbook will be available everywhere books are sold and can be preordered now on Amazon & Penguin Random House. The book is slated for an October 25th, 2022 release.