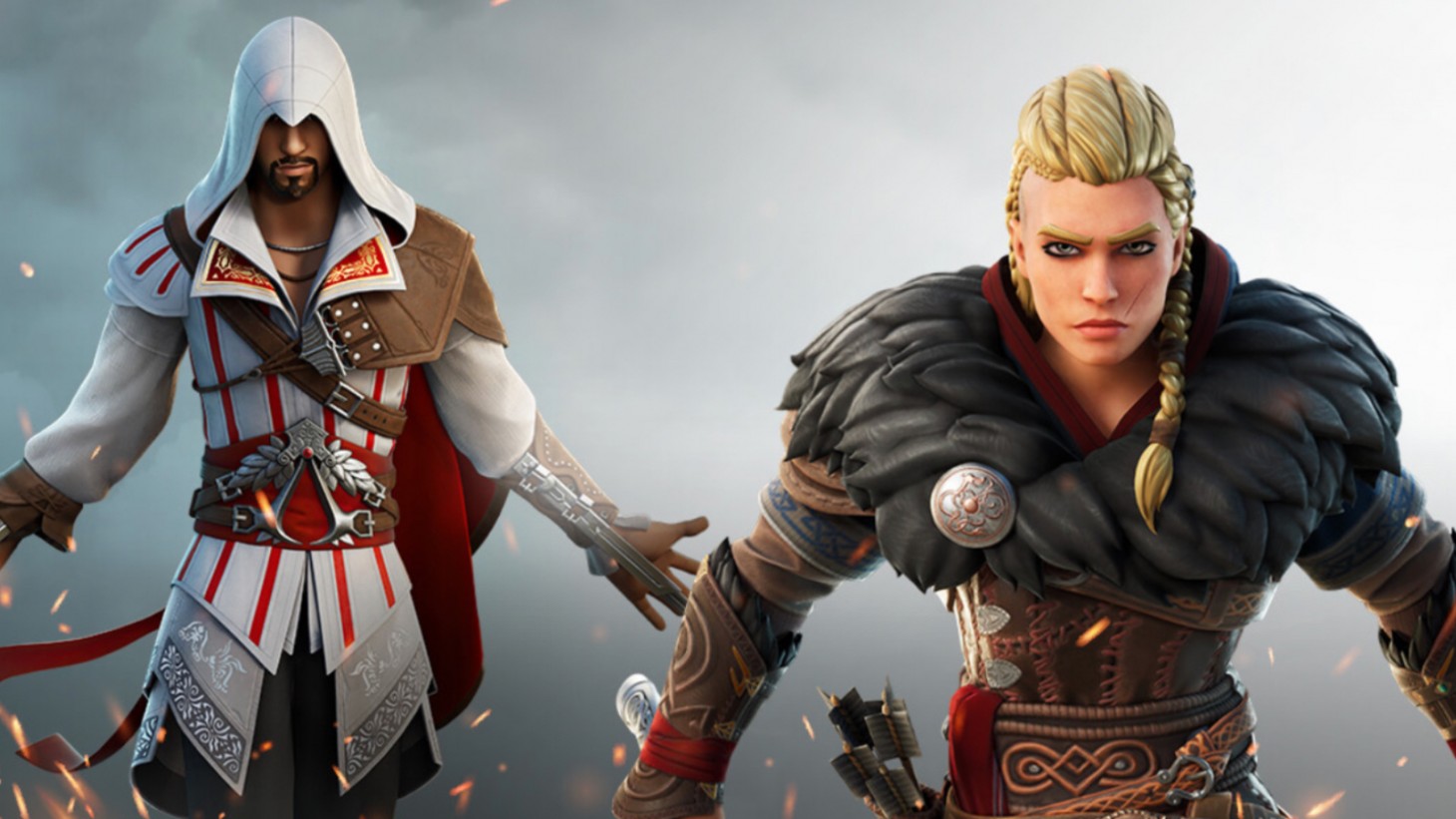 Epic Games has announced their latest collaboration and this time we are bringing two figureheads of Ubisoft‘s Assassin’s Creed franchise with Ezio Auditore and Eivor Varinsdottir joining the popular battle royale game, Fortnite. The two characters from Assassin’s Creed II, Brotherhood, Revelations, and Valhalla respectively will now be finding themselves taking down enemies in a whole new way.

The famed assassins will be available in the Fortnite Item Shop with their own bundles that include their own pickaxe tool and emote. The announcement blog post reads.

“Ezio Auditore soon strikes in the Fortnite Item Shop. The Ezio Auditore Outfit will become available in the Shop starting April 7, 2022, at 8 p.m. ET. This outfit includes Ezio’s Hidden Blade Pickaxe, which only Ezio has the ability to wield. Equip this Pickaxe by using the Outfit’s built-in Assassin’s Strike Emote.”

“Making her Fortnite debut at the same time Ezio arrives in the Item Shop, Eivor Varinsdottir continues to weave her own destiny,” the blog post reads. “The Eivor Varinsdottir Outfit will become available in the Shop starting April 7 at 8 p.m. ET. Put on her hood with the Outfit’s Cloaked alt Style.

“Included with the Eivor Varinsdottir Outfit is the Eivor’s Shield Back Bling – a shield bearing the mark of the Raven Clan – and the Handaxes of the Raven Clan Pickaxe (comes with the Eivor’s Axes alt Style). Once used for setting sail for Ravensthorpe, the Wolf-Kissed Longboat Glider is available in the Item Shop as well. Both Eivor’s Back Bling and Pickaxe include the built-in Viking War Cry Emote. With one or both of these items equipped, perform the Emote to bang the Shield and Handaxes together.”

All of the items will be able to be purchased separately or as a bundle when Ezio and Eivor hit the Fortnite Item Shop this Thursday, April 7th, 2022.