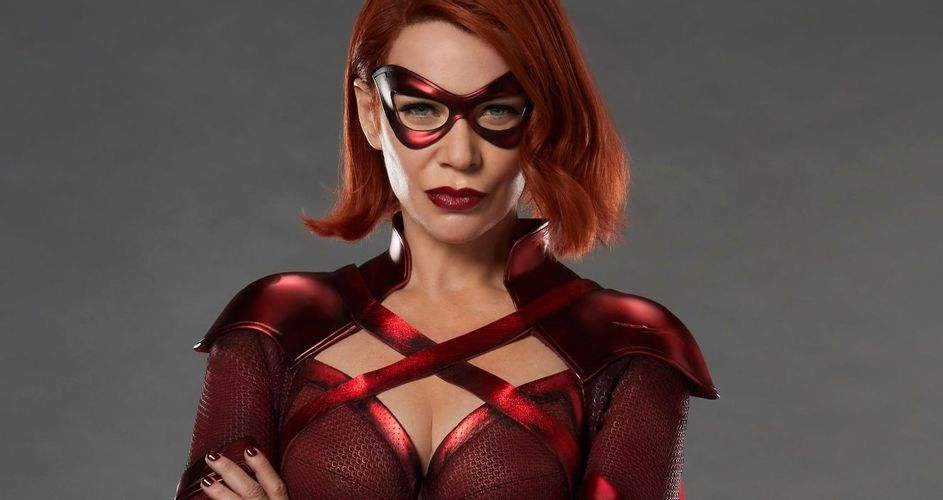 The fan-favorite Amazon Prime Video series The Boys is working its way back to us for the third season. We got a look at Jensen Ackles as Soldier Boy a while back and now we are getting our first look at another character that is joining the series in Laurie Holden‘s Crimson Countess.

In the first reveal, we see Holden in full costume posing with her arms crossed and she is vibing with strengthened determination. Along with Holden and Ackles, we have Sean Patrick Flanery joining as Supersonic, Nick Wechsler as Gunpowder, and Miles Gaston Villanueva as Blue Hawk.

The Boys is based on a comic series of the same name which was created by Garth Ennis and Darick Robertson. Originally with DC Comics, it eventually ventured its way to Dynamite Entertainment.

In the comics, “The story centers around a renegade group of vigilantes that face off against superpowered people that use their powers for evil or morally corrupt reasons.” The series made its debut in 2019 and won fans over with its mature and humorous tone along with fantastic performances from an ensemble cast. The Boys stars Karl Urban, Jack Quaid, Laz Alonso, Tomer Capon, Karen Fukuhara, Jessie T. Usher, Erin Moriarty, Antony Starr, Dominique McElligott, and Chace Crawford with Eric Kripke running the show as series showrunner.

The series has seen nothing but success and keeps upping itself with the craziness that you can’t help but laugh at when watching this series and all at the same packs a hell of a punch with emotion, high-octane action, and compelling characters that leaves fans wanting more and more. Season 3 and a spinoff series are headed our way from Prime Video. Neither has a confirmed premiere date as of yet. Check out the full image below and be sure to check out the first two seasons of The Boys on Prime Video now: