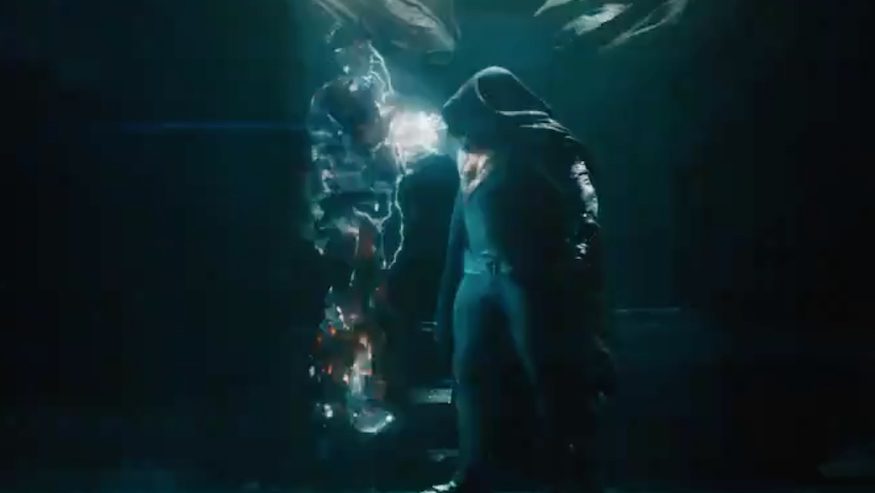 Dwayne Johnson‘s upcoming DC film Black Adam was slapped with a PG-13 rating, but Johnson recently said they are going to push the boundaries of the rating to its limit with a “very high kill count”.

During a recent interview, producer Hiram Garcia said that Black Adam was more akin to The Dark Knight than other films in the DC Universe:

“Black Adam is edgy, right?” he said. “That’s gonna be a PG-13 movie where it was very much like, say, The Dark Knight, where that pushed the edges of PG-13. I think we do that very much with Black Adam. We have a very high kill count in our movie.”

The teaser further plays into this as the amazing short clip shows Johnson’s Black Adam completely obliterating a fire team and literally turning one to dust.

Dwayne Johnson had been rumored for the role of Black Adam for a number of years when the film was officially announced back in 2017. After spending years in development hell, the film finally got off the ground with the appointment of director Jaume Collet-Serra.

“Once we got Jaume on board to be our director, things really clicked in,” said Garcia.

Along with Johnson, the other stars attached to the film are Aldis Hodge as Hawkman, Noah Centineo as Atom Smasher, Quintessa Swindell as Cyclone, Sarah Shahi as Adrianna Tomaz, Pierce Brosnan as Doctor Fate, and Marwan Kenzari, James Cusati-Moyer and Bodhi Sabongui in unknown roles.

The film keeps upping the ante with the more information and footage we see and Johnson seems to be not only the perfect fit for the role of the film physically but his ambition behind the scenes is as admirable as his portrayal of the DC antihero. We can’t wait to see more of this upcoming entry in the DC Universe.