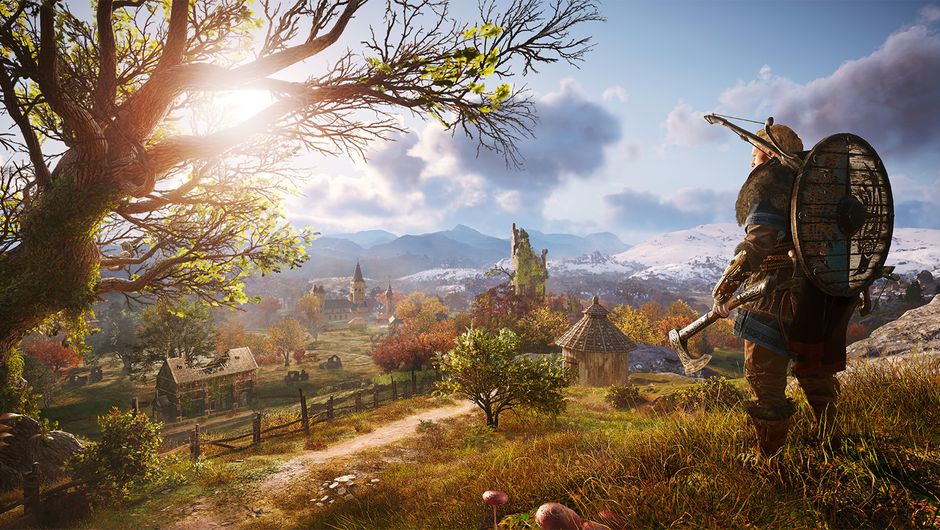 Ubisoft has confirmed that the latest entry in the Assasin’s Creed franchise is still going to be dropping new content before the year ends. Assassins Creed Valhalla will be getting four more content updates before we see the end of 2021 according to the studio’s official Assassin’s Creed Twitter account. They also posted a photo with a timeline of what will be arriving in AC: Valhalla for the remainder of the year.

From the photo, it looks like we will be getting TItle Update 1.4.0, Tombs of the Fallen, Oskoreia Festival, and Title Update 1.4.1. The tweet reads:

“Ready for more? Here’s a sneak peek at what’s to come in Assassin’s Creed Valhalla. Looks like 2021 still has a few more mysteries to uncover.”

Now what these updates will consist of, it seems as though the most noteworthy thing to note of the Title Update 1.4.0 is a new ability that may be becoming available for Eivor. Mind you, this is what it seems to note in the photo above, but whether it’s a new ability or an indication as to a new enemy, who knows! Along with the new game update set to drop tomorrow on November 9th is Tombs of the Fallen which could possibly be new dungeons to explore across the map.

The Oskoreia Festival is most likely going to be a new Ravensthorpe-based festival coming to Valhalla. If it follows suit with previous festivals then we can expect new activities and quests to keep us busy as we collect new gear. The festival is set to run from November 11th to December 2nd. The final screenshot is for the December 2021 Title Update 1.4.1, which indicates snow is headed to Valhalla just in time for the holidays.

Keep an eye out for the new content dropping tomorrow and Ubisoft surely is dropping plenty of content for us to keep our tomahawks sharp through the end of the year.