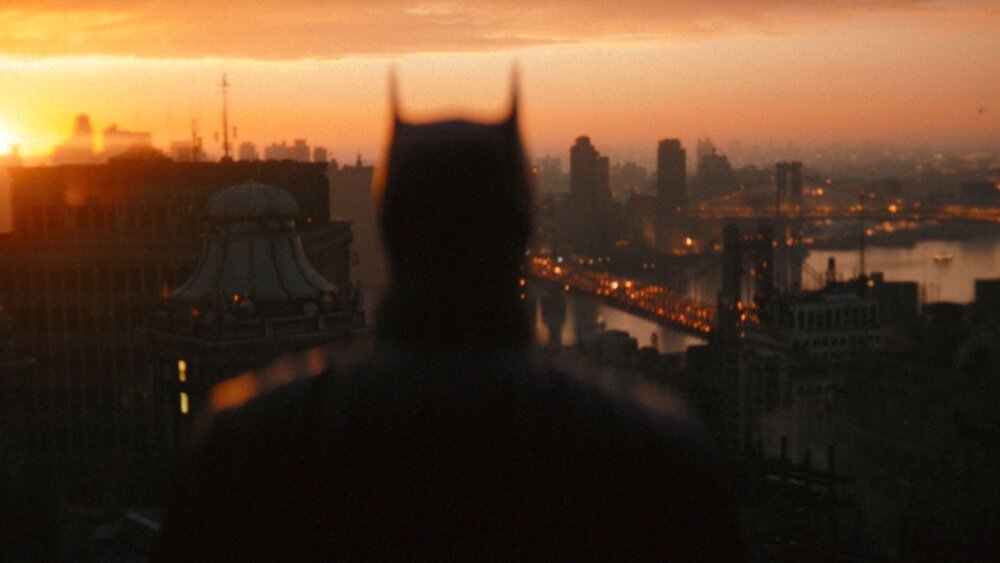 In anticipation of the new trailer for The Batman dropping this weekend, director Matt Reeves has shared a new photo from the film. The photo features Robert Pattinson’s Batman standing on a rooftop looking over Gotham City while the sun is rising.

The image came with the caption, “Good Morning, from Gotham City… Can’t wait to show you more at DC Fandom this Saturday.”

The Batman is a dark, noir-style film that will lean into Batman in his detective mode. Reeves said that it’s going to tell a deep and psychological story. This will be a “year two” story for Batman that acknowledges his origin and how it’s still something that he’s “majorly struggling” with.

There will be a series of murders and crimes that start taking place in Gotham and as Batman investigates those things, they begin to reveal the darkness of Gotham City to him.

The Batman is now scheduled to hit theaters on March 4th, 2022.