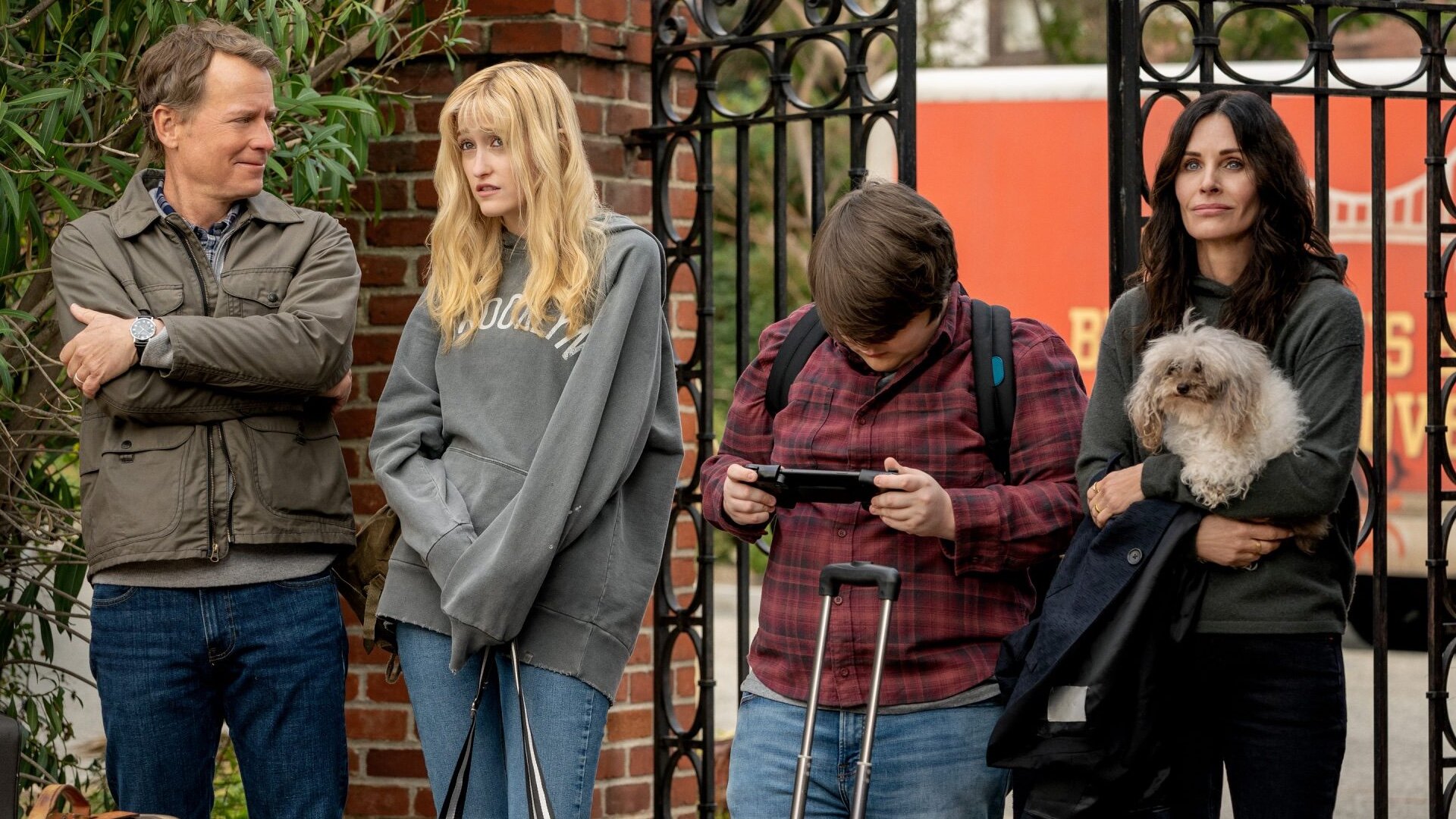 The series is about,

“a dysfunctional family that moves from the city to a small town into a house in which terrible atrocities have taken place. But no one seems to notice except for Patricia ‘Pat’ Phelps (Cox), who’s convinced she’s either depressed or possessed – turns out, the symptoms are exactly the same. Pat is a former ‘wild child’ who rose to fame by writing a raunchy, drug-and-alcohol-soaked women’s empowerment novel (a.k.a. lady porn). Fast forward 17 years later, Pat is clean and sober but totally unfulfilled. She still hasn’t written her second novel, she can’t remember the last time she had sex with her husband, Terry (Kinnear), and her teenage kids Gaynor (Birney) and Jake (Gage) are at that stage where they want you dead. She was a faithful wife until her one slip-up: she had a torrid affair with the hot, young handyman who came over to fix the sink while Terry was at work. In a last-ditch effort to save their marriage, she and Terry cash in all their savings and move the family move from the ‘crazy’ of the city to a large, old house in the suburbs that has a storied past of its own. Everyone has their demons, but for Pat Phelps, they may be real.”

“who is either Pat’s alter ego, a split personality, her id, her muse, or a demon trying to possess her.” Dungey plays Kam, Pat’s oldest friend, and book editor.

“Shining Vale is a smart, chilling, and funny series that tells the story of a family in turmoil who is suddenly living with a paranormal who helps Courteney Cox’s character get her groove back as she starts to question her own sanity. This group of talented actors, executive producers, and director blends comedy and horror brilliantly throughout this series which exemplifies the network’s commitment to improve female representation on and off the screen.”