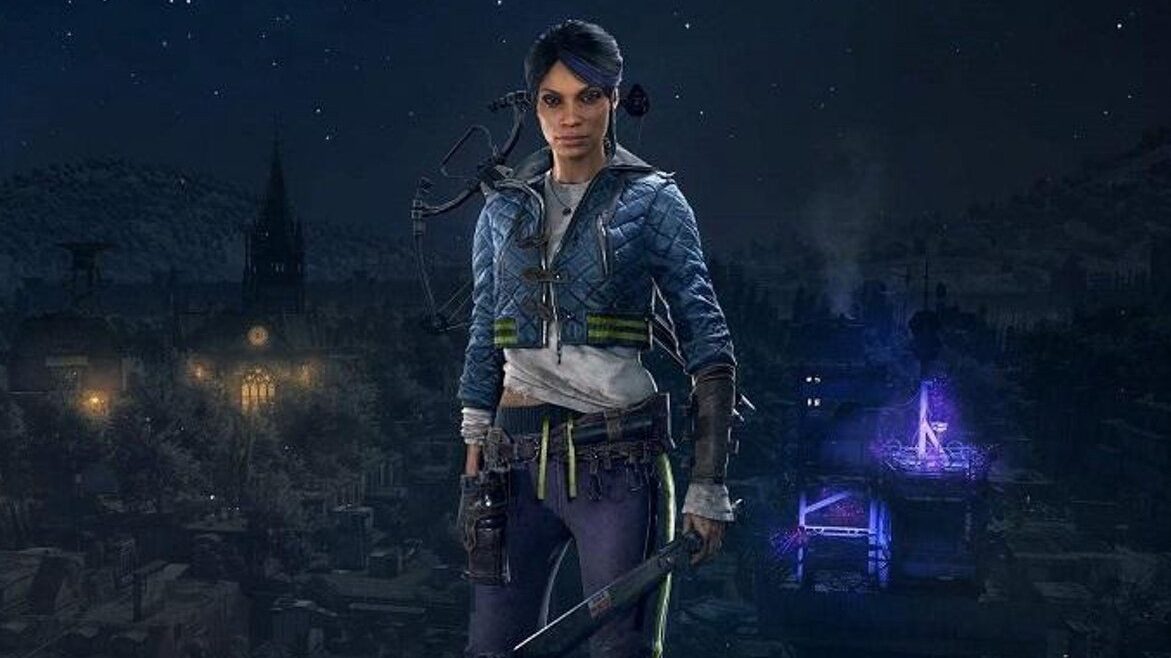 Techland had teased that there would be a special character joining the world of the highly anticipated Dying Light 2 Stay Human. The sequel which was slated to release this year was one of the titles that suffered a delay and is now expected to release in February 2022. This hasn’t stopped the studio from their continued announcements of what fans of the parkour-centric zombie survival sequel game can expect to see from the sequel.

In their most recent announcement, Techland announced that Rosario Dawson will be joining the ranks of the game. Writer Marta Szczechowska recently shared the news on Xbox Wire, and when talking about her character, she shared:

“Rosario Dawson joins the world of Dying Light 2 Stay Human as Lawan! You’ll get to know her as a real fighter, likely one of the strongest ones in The City. Complex, stubborn and unforgiving, she can become one of your most valuable allies, so do not rile her up. What happens to the ones who do isn’t pleasant, really. Instead, gain her trust, and she’ll show you that true friendship can still be found even in a city full of monsters.”

Below you will find additional details on the sequel and the story that it sets out to tell:

“Dying Light 2: Staying Human is an open-world action game set in an isolated urban landscape during the zombie apocalypse. You play as Aiden Caldwell, a freelance runner who handles various odd jobs and tasks for the citizens of The City, one of the last human settlements in Europe. Following the events of Dying Light’s post-game expansion, The Following, the former-protagonist Kyle Crane was infected with a new strain of the virus that turns people into the ravenous infected, and he unknowingly spread the disease throughout the world. After the global outbreak, modern civilization came to an end, pushing humanity into a new dark age.

The sequel takes place twenty years later, where the modern world is a thing of the past. In Dying Light 2: Stay Human’s present, advanced technology is scarce, and firearms are hard to come by, requiring you to scavenge parts and piece make-shift weapons together to survive the onslaught of infected, along with enemy factions looking to take what you have left. As you freely explore The City, which is four times bigger than the original game’s world, you’ll be able to take on side-missions, explore abandoned buildings, and make essential choices that will impact the flow of your story. Ultimately, your decisions throughout the settlement will leave an impression on the state of the last human settlement.”

On top of her successful career as an actress in films and TV, Dawson has already lent her voice to several characters before in video games such as NBA 2K20, Dishonored: Death of the Outsider, and DIshonored 2. Check out the trailer introducing her character Lawan below: