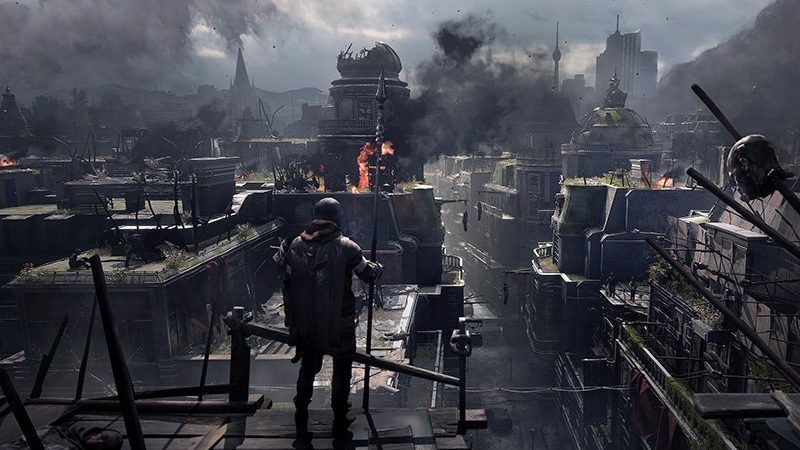 Gamescom 2021 is officially here and Xbox is kicking things off with its showcase to bring in a week of gaming news and celebrations. One of the titles is Dying Light 2 Stay Human and the new gameplay shows off what fans can expect from the parkour zombie survival game.

The latest Dying Light 2 gameplay centers around the game’s parkour. Sitting down with Tymon Smektala, the game’s lead designer, the Gamescom inside look dives deeper into all of the creative ways players can take to combat. Channel your inner Leeroy Jenkins by tanking your way through foes or take a more strategic approach with Dying Light 2’s verticality; the choice is yours and choosing is half the fun.

Dying Light 2 Stay Human promises an “advanced, realistic movement system” that intertwines parkour with actual combat, making it more than just a means to go from point A to point B. As Aiden, players will become a weapon themselves and learn what it truly means to stay alive in a world where everyone is infected.

The Xbox showcase also shared how combat will vary against different enemy types. It’s not just the infected that Aiden will have to contend with, but other humans, as well. Factions splinter, powerful groups emerge, and the thought of survival becomes the center focus. It’s an interesting concept, one that looks stunning in the latest gameplay seen above.

Also revealed during Techland’s portion of the Xbox Gamescom showcase is more about Techland GG (Gamers and Goodies). GG, for those that may not know, is a community hub that aims to expand, connect, and immerse players in the worlds that this studio has created, including both the first Dying Light game and its sequel. You can learn more about that right here.