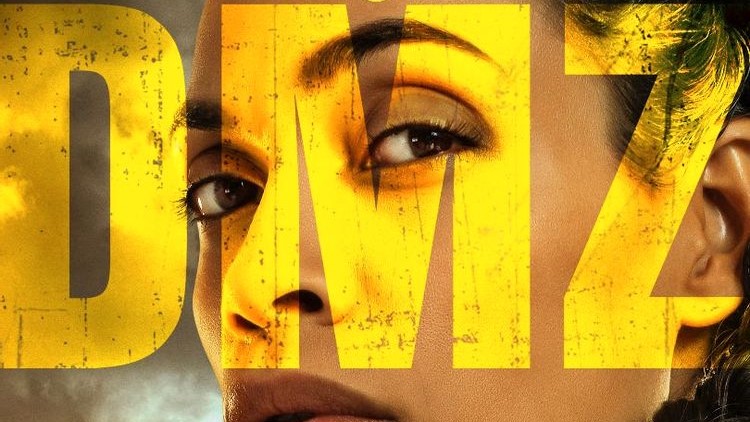 HBO Max has released the first trailer for the upcoming limited series DMZ. The series is based on a graphic novel of the same name and will star Rosario Dawson. The series is slated to arrive on the streamer later this month.

DMZ was originally published under the imprint Vertigo by writer Brian Wood and artist Riccardo Burchielli. DMZ took place in the near future in an alternate United States that was torn apart by a second civil war. The series followed a medic who attempts to sneak into Manhattan to reunite with her son after they were separated during an evacuation.

The trailer showcases the world Dawson’s character will be falling into as she searches for her son. Manhattan is an active warzone and is in ruins with factions at each other’s throats. We get a glimpse of a fear-inducing gang leader played by Benjamin Bratt. With violence and danger around every corner, Dawson’s character will be tested as she sneaks into the city and fights to be reunited with her son.

DMZ will be available exclusively on HBO Max on March 17th, 2022. Check out the trailer below: