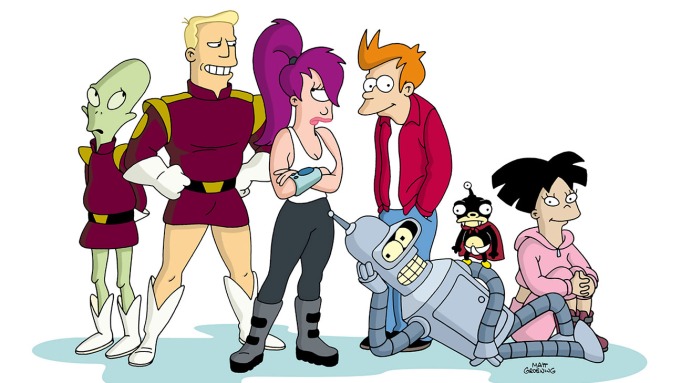 Hulu has ordered a Futurama revival series with multiple cast members set to return, now I could drop a number of popular lines that are still iconic to this day, but given the fact that Valentine’s day is just around the corner, we will leave you with this little nugget from Fry, “Valentine’s Day Is Coming? Oh Crap – I Forgot To Get A Girlfriend Again.”

The streamer has put a 20-episode order in for the revival of the animated sci-fi comedy series that was created by The Simpsons creators Matt Groening and David X. Cohen. In case you don’t know, the series follows the adventures and mishaps of the crew of the Planet Express as it delivers an assortment of “stuff” around the universe.

The series starred Billy West, Katey Sagal, Tress MacNeille, Maurice LaMarche, Lauren Tom, Phil LaMarr, and David Herman who all helped bring characters such as Fry who found himself stuck out of time, and our favorite foul-mouthed robot, Bender.

The previously mentioned original cast members are returning to the Planet Express and although some fans might not see John DiMaggio‘s name on the list, do not worry as The Hollywood Reporter did report that someone with knowledge of the project stated that producers are hopeful of DiMaggio’s return.

“I’m thrilled to have another chance to think about the future… or really anything other than the present,” said Cohen.

Production of the revival series is slated to begin this month with an anticipated 2023 premiere.