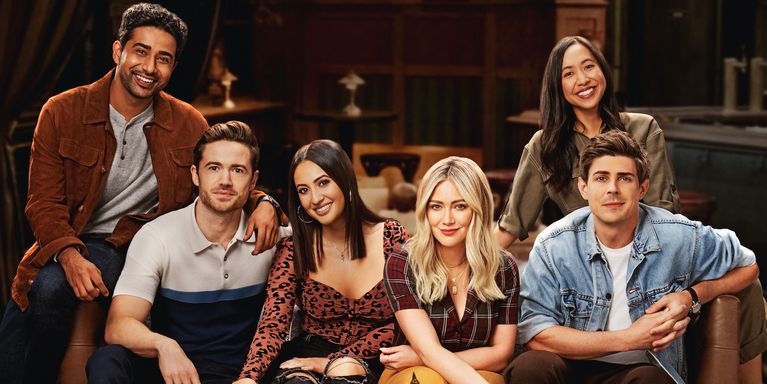 Hulu has released the first trailer to the upcoming How I Met Your Mother spinoff series, How I Met Your Father. The series stars Hilary Duff and Kim Cattrall and will follow Duff’s Sophie as she goes through the ups and downs of dating with the help of her close-knit group of friends. If you have seen the original series, then you will recognize the format as we follow the gang on their exploration of life and love.

Cattrall will play future Sophie and narrate the series, this is one of the key differences we see already as in the original series we had Bob Saget narrating the series, but never made an on-screen appearance throughout the entire series.

Joining Duff and Cattrall along for the ride are the other cast members that include Christopher Lowell, Francia Raisa, Tom Ainsley, Tien Tran, and Suraj Sharma. Additionally, Josh Peck, Ashley Reyes, and Daniel Augustin have been tapped in recurring roles.

How I Met Your Father is written by Isaac Aptaker and Elizabeth Berger, who will also serve as executive producers alongside Carter Bays, Craig Thomas, Pam Fryman, and Adam Londy. Additionally, Duff will serve as a producer on the show.

How I Met Your Father will premiere with a 10-episode first season exclusively on Hulu on January 18, 2022. Check out the trailer below: