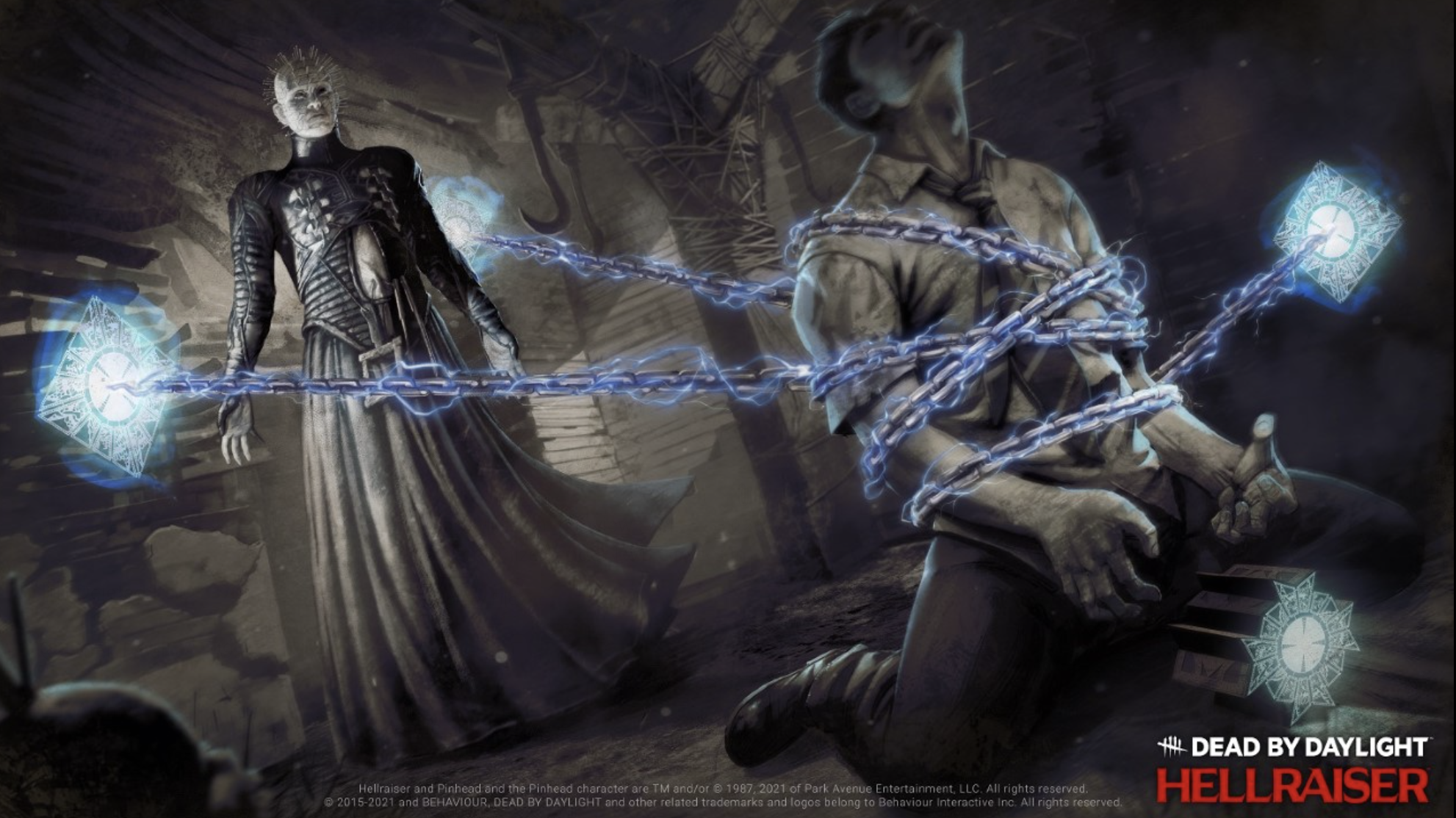 Hellraiser Is Coming To Dead By Daylight.

With fans yelling to the skies for the Stranger Things license to be renewed for Dead By Daylight as it is set to expire at the end of the year. Behaviour has just announced another horror icon will be joining the line-up. Hellraiser is set to be the next killer to enter the popular survival horror game.

We’ve already got our first look at what the latest DLC will have to offer now that a new killer has hit the game’s Public Test Build.

The first teaser for the upcoming chapter debuted a few days ago, but the latest social media tease goes a little more in detail. The Public Test Build is available and brings more than just the usual bug fixes. Included in update 5.2.0 is a new killer, the Cenobite. Cenobites are extra-dimensional beings known from the Hellraiser series, brainwashed into torturing humans for all time. This makes it the perfect addition to Dead by Daylight.

For what else is new, check out the latest PTB patch notes below, courtesy of Behaviour:

Dev note: The Nemesis came out in a good state, but has been underperforming slightly in higher skill brackets. These players tend to hit Mutation Rate 3 more often, so a buff here should give him a slight boost at that level of play. Additionally, we have buffed two addons that were underperforming to make them more viable, and made the associated ritual less of a pain to complete.

The team also shared known issues that they are prepping to fix with the next update, including the inability to remove Survivors from chains, new Rank Crest images, animation glitches, and more. To see what else is new in the PTB, check out the full patch notes right here.

We don’t have a release date for when the full DLC becomes available outside of the testing area, but more will be revealed soon.