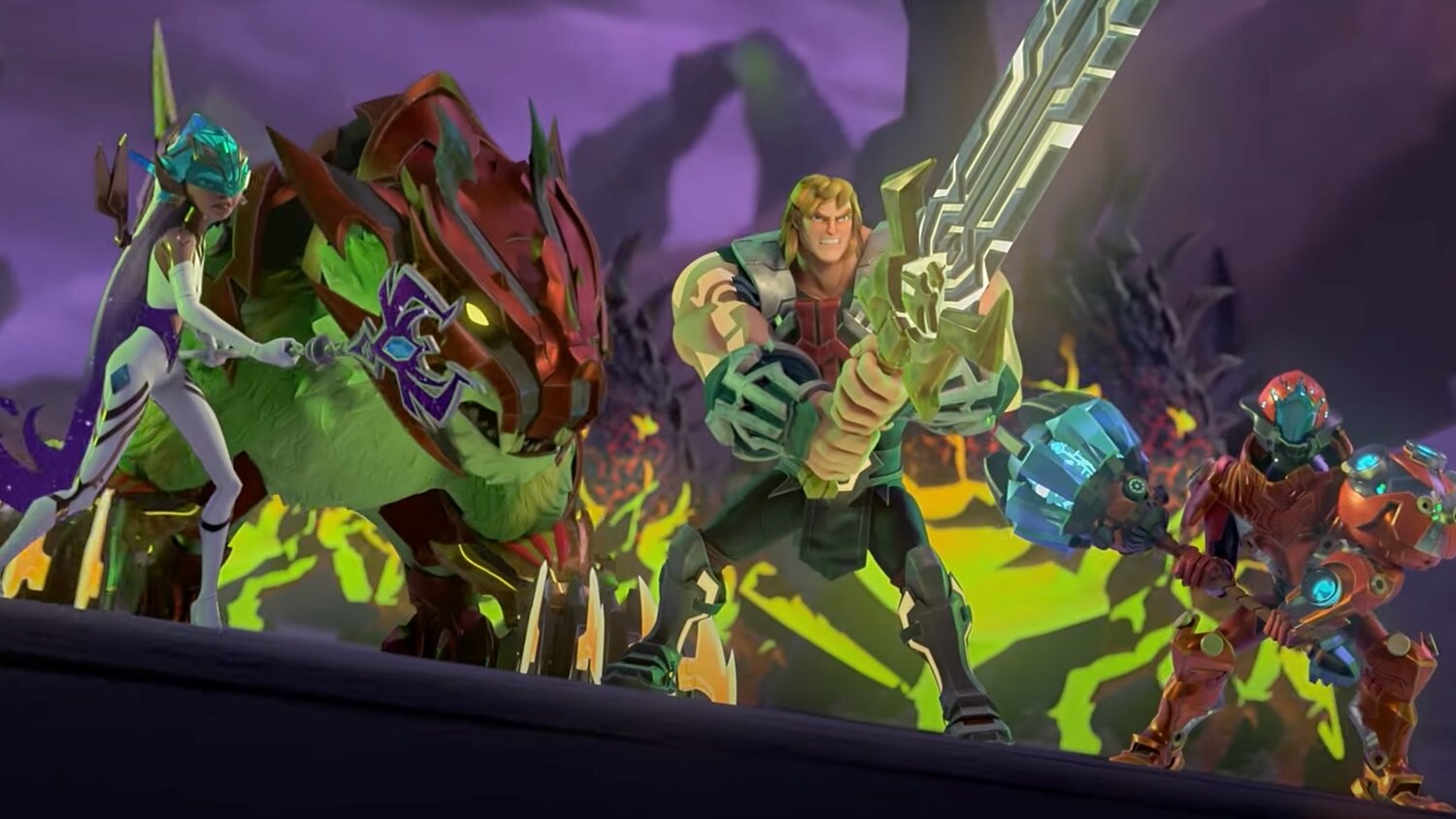 Netflix’s CG Animated HE-MAN AND THE MASTERS OF THE UNIVERSE Series Trailer.

While Smith’s show is made for fans of the original series, as you’ll see, this show is geared towards a younger audience. The trailer features Prince Adam transforming into He-Man for the very first time Oh, and all of He-Man’s friends are the master of something as well, and they can all transform into something a bit more powerful with new costumes and everything. They will be taking on Skeletor, who happens to be Prince Adam’s uncle.

Here’s the official description of He-Man and the Masters of the Universe:

On the planet of Eternia, a young lost prince discovers the powers of Grayskull and transforms into He-Man, Master of the Universe! The classic battle between He-Man and evil Skeletor rages to new heights as both hero and villain forge new and mighty teams. A new generation of heroes fighting for the fate of us all. In the end, who will become MASTER OF THE UNIVERSE?

Fred Soulie, Mattel’s Senior VP of Content Distribution and Business Development, previously issued a statement saying, “Masters of the Universe is one of the most iconic global franchises of all time, with a 30-year history and a passionate fan base. The entire team at Mattel is excited to introduce the world of He-Man to a new generation and, together with the talented team at Netflix, to reimagine the classic characters in a way that appeals to kids and families today, while also resonating with the fans who grew up with them.”

The series will be produced by Mattel Television, with Adam Bonnett, Christopher Keenan, and Revelation‘s Rob David serving as executive producers. Bryan Q. Miller (Smallville) is the showrunner for the series.

He-Man and the Masters of the Universe will arrive on Netflix on September 16th.