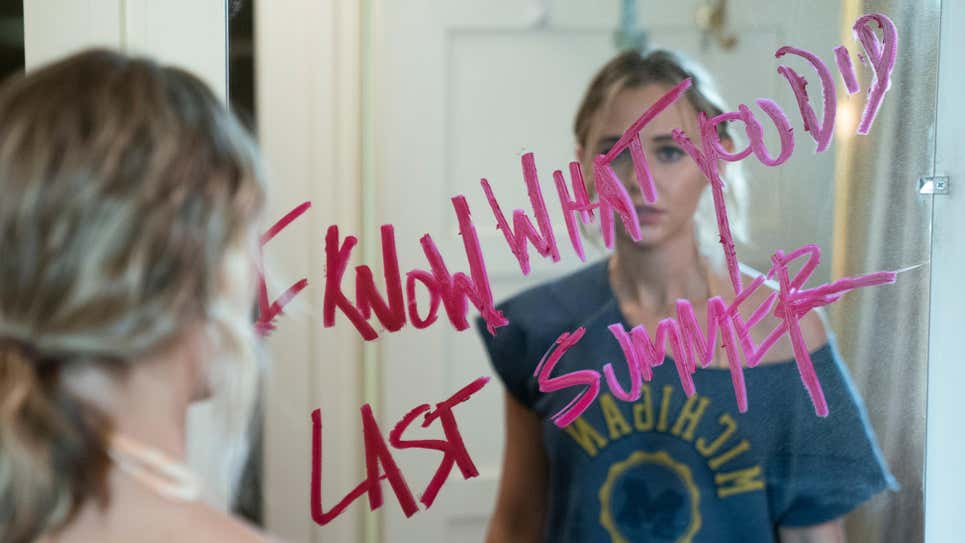 Full Trailer For The Amazon Series I KNOW WHAT YOU DID LAST SUMMER – “Everyone is Guilty, No One is Safe”

Amazon has released a new full trailer for its series adaptation of the 90s horror film I Know What You Did Last Summer. It seems to stick close to the same vein of what the movies offered, so if you are a fan of the films, you will enjoy the series as well most likely.

It pretty much tells the exact same story as the films, but with a series, they get to draw story out of a group of teens dealing with all kinds of intense drama in their lives involving thing like sex and drugs. Then things get taken to the next level when you add the fact that they are holding onto a dark secret of accidentally killing someone, and a they are being hunted down by a killer who knows what they did.

“One year after the fatal car accident that haunted their graduation night, a group of teenagers find themselves bound together by a dark secret and stalked by a brutal killer. As they try to piece together who’s after them, they reveal the dark side of their seemingly perfect town — and themselves. Everyone is hiding something, and uncovering the wrong secret could be deadly.”

The series is set to drop on Amazon on October 15th.