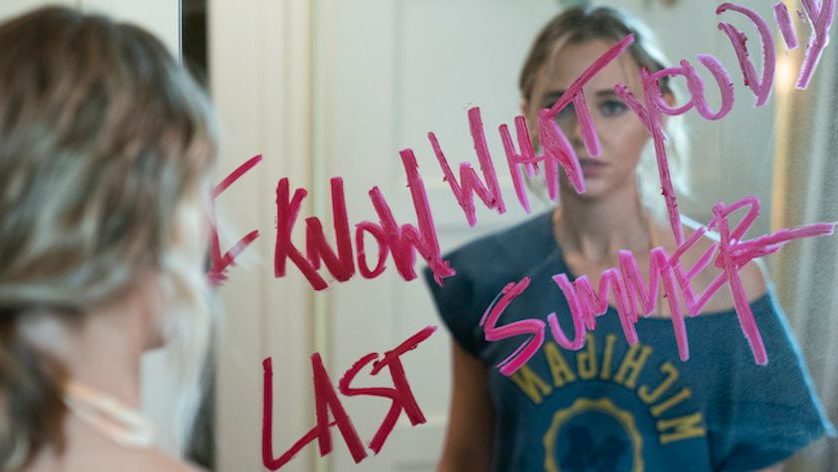 Amazon has announced that the TV series adaptation of I Know What You Did Last Summer has been canceled after one season. As reported by Deadline, the eight-episode series that was produced by Amazon Studios and Sony Pictures will not be returning for another season after airing its finale this past November 12th.

The series was received with mixed reviews both from critics and viewers. It reached a critic score of 45/100 and only managed to garner a 5.9 score from audiences on Metacritic. On Rotten Tomatoes the series pulled in 40% from critics and 41% from audiences. The series was the streamer’s attempt at bringing new young adult content, which in my opinion was ultimately its downfall. Although they will continue to push for more YA content moving forward, the series adaptation of the slasher film franchise will be left behind.

Following the same premise as the 1973 Lois Duncan novel and the 1997 film adaptation that starred Jennifer Love Hewitt and saw a group of teenagers stalked and killed by a mysterious killer one year after an accident that led the group of teens to cover up the death of someone. The newest adaptation starred  Madison Iseman, Brianne Tju, Ezekiel Goodman, Ashley Moore, Sebastian Amoruso, Fiona Rene, Cassie Beck, Brooke Bloom, and Bill Heck, with Sonya Balmores and Spencer Sutherland serving as recurring characters.