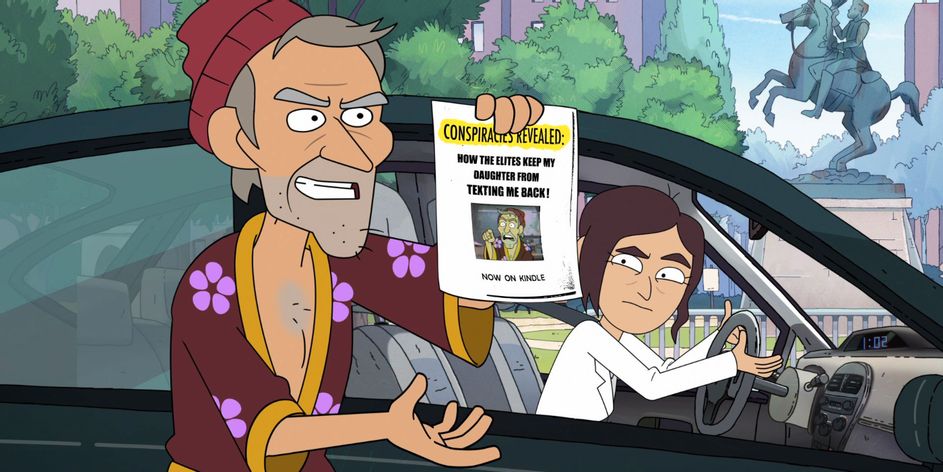 Netflix released a trailer for their upcoming animated series Inside Job. The series looks to unleash every conspiracy theory you have ever heard of. As part of Netflix’s Tudum event, the new trailer introduced us to the series that was created by Shion Takeuchi who is known for their work on series like Gravity Falls and Regular show.

Inside Job will take us to the core of Cognito Inc., a team in the Deep State responsible for supervising every conspiracy theory. That means controlling strange creatures, misguiding the press, and ensuring the public will never learn the truth about who controls the world. As if the work was not already challenging, the trailer shows us the team of Cognito Inc. is not well-suited for their job, as the only one who seems to care is Reagan Ridley (voiced by Lizzy Caplan).

Reagan also dreams about making the world a better place, a complicated goal given her position in the department. To make things worse, Deep State sends unpaid intern Brett Hand (voiced by Clark Duke) to supervise Reagan’s work, as she is not deemed too fit to lead. Like Gravity Falls, Inside Job has an amusing premise but seems to worry about character development and the global plot progression, making the upcoming series even more interesting.

While there’s a lot to unpack in Inside Job’s trailer, the most brilliant part of it is the dozens of references we can find, sometimes in the background. Inside Job’s creative team did a fantastic job including mainstream terms such as “sheeple” and “reptilians”, but there are also references to more underground conspiracy theories such as Frozen Elvis and the Mothman.

All 20 episodes of the first season of Inside Job come to Netflix on October 22. Check out the new trailer below: