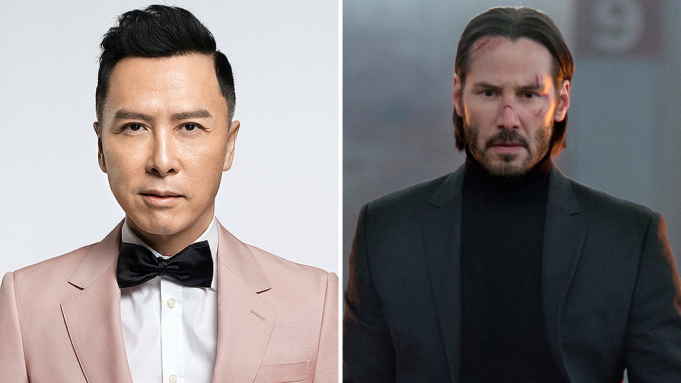 Donnie Yen is set to join director Chad Stahelski and Keanu Reeves’s upcoming 4 entry in the John Wick franchise. Yen is set to play the role of an old friend of John Wick, who shares the same history and many of the same enemies.

The film will be scripted by Shay Hatten and Michael Finch and will be produced by Basil Iwanyk, Erica Lee, and Stahelski. Reeves and Louise Rosner will executive produce. The film is set to start shooting this summer in France, Germany, and Japan.

“We are very lucky to have Donnie Yen join the franchise,” said Stahelski. “I am looking forward to working with him in this exciting new role.”

Added Iwanyk: “Donnie Yen will bring a vibrant and powerful energy to the franchise. We were determined to bring him on board to John Wick 4 and are thrilled for the opportunity to have such a major talent to collaborate with Keanu.”

Well after 3 entries the John Wick franchise doesn’t show any signs of fatigue and Yen’s casting further puts the film on many fans’ radar as the franchise already gives us some of the most impressive combat we have seen in previous films.