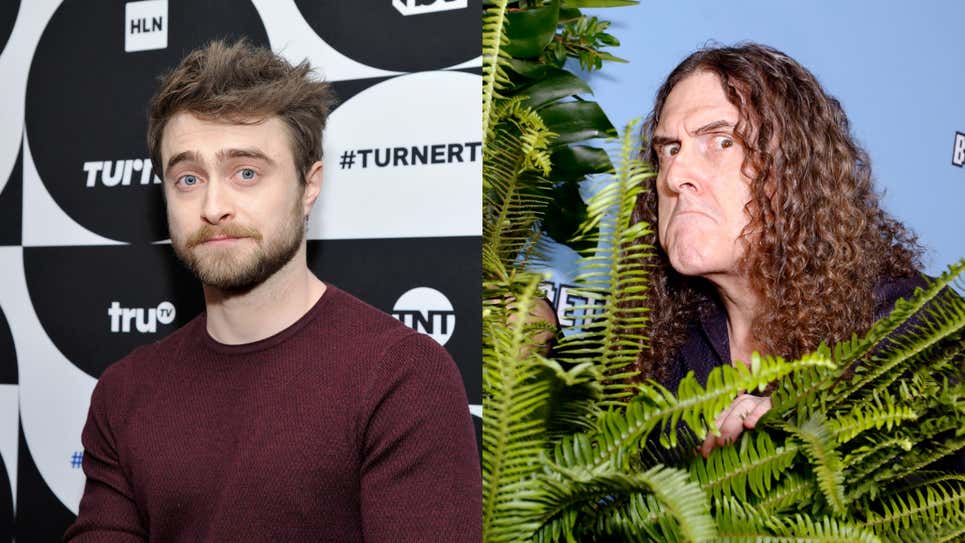 Prepare to see all the frizz, Hawaiian shirts, and music your heart desires as Weird Al Yankovic is getting a much-deserved biopic. With some of the most addicting song parodies out there such as Eat It, we will now get to see how he got to where he is today. The biopic film will star Daniel Radcliffe and the film focused on the Grammy-award-winning musician is set to arrive from Roku.

It’s described by the platform as holding nothing back in “exploring every facet of Yankovic’s life, from his meteoric rise to fame with early hits like “Eat It” and “Like a Surgeon” to his torrid celebrity love affairs and famously depraved lifestyle”.

Yankovic had this to say of the film announcement:

“When my last movie UHF came out in 1989, I made a solemn vow to my fans that I would release a major motion picture every 33 years, like clockwork. I’m very happy to say we’re on schedule, and I am absolutely thrilled that Daniel Radcliffe will be portraying me in the film. I have no doubt whatsoever that this is the role future generations will remember him for.” If there’s any justice in the world!”

“When Weird Al first sat me down against my will and told me his life story, I didn’t believe any of it, but I knew that we had to make a movie about it,”

Weird: The Al Yankovic Story is set to be co-written by Yankovic and Appel. Appel is also executive producing as well as directing. The film is produced by Funny Or Die and Tango. Yankovic also produces, along with Mike Farah, Joe Farrell, and Whitney Hodack for Funny Or Die, and Tim Headington, Lia Buman, and Max Silva for Tango. Funny Or Die’s Henry Muñoz III and Tango’s Neil Shah are executive producers. Shooting of the film is set to begin next month, but no release date is currently set for the film.