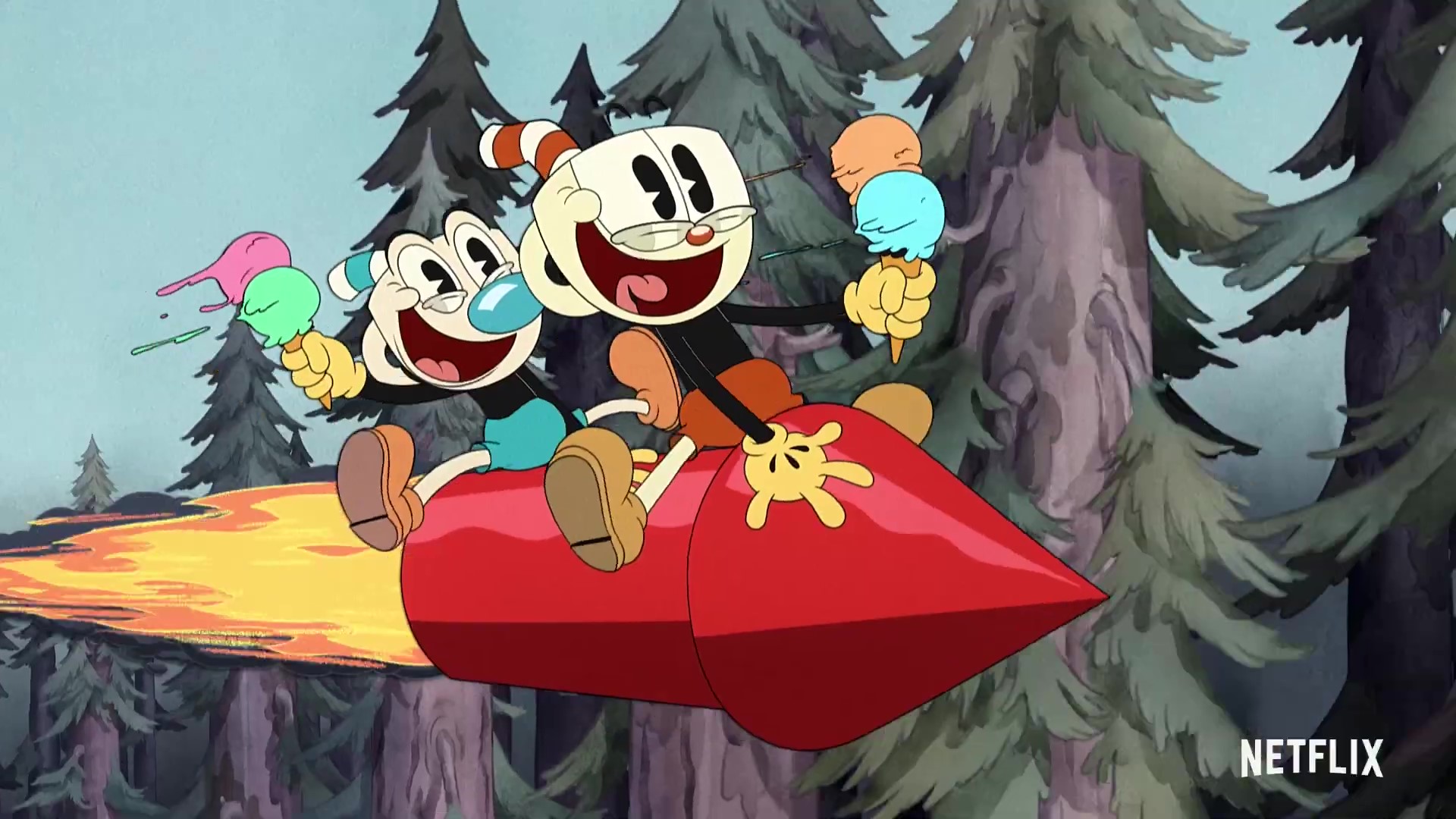 Netflix has released the first trailer for the upcoming animated series, The Cuphead Show! The series is based on the video game that was inspired by classic cartoons and rose to popularity by its fun animations and unforgiving difficulty. The trailer does not do much in explaining what kind of story we will see in the upcoming animated series of the platform game, but it does showcase how it plans to capture the magic of the game’s animation and the cartoons that inspired the game.

In The Cuphead Show!:

“Based on the award-winning video game that smashed onto the scene with a gorgeous retro animation style, THE CUPHEAD SHOW! is a character-driven comedy series following the unique misadventures of loveable, impulsive scamp Cuphead and his cautious but easily swayed brother Mugman. As the two scour their surreal homeworld of the Inkwell Isles in search of fun and adventure, they always have each other’s back. Unless there’s only one cookie left, in which case it’s every cup for himself. THE CUPHEAD SHOW! combines nostalgic delights, side-splitting gags, and a healthy dose of the heebie jeebies—especially when a ridiculously weird nemesis, The Devil himself, arrives on the scene to toy with our heroes. For King Features, C.J. Kettler will serve as the Executive Producer and Cuphead creators Chad and Jared Moldenhauer will serve as Executive Producers for Studio MDHR. The series will be produced by Netflix Animation and is executive produced by Emmy and Annie Award-winning producer, Dave Wasson (Mickey Mouse Shorts) and co-executive produced by Cosmo Segurson (Rocko’s Modern Life: Static Cling).”

The animated series was animated by Studio MDHR who is also the studio that created the Cuphead game. Co-founders Chad and Jared Moldenhauer will serve as executive producers along with CJ Kettler and Dave Wasson. The first season of The Cuphead Show! will feature 12-episodes with a runtime of 12-minutes.