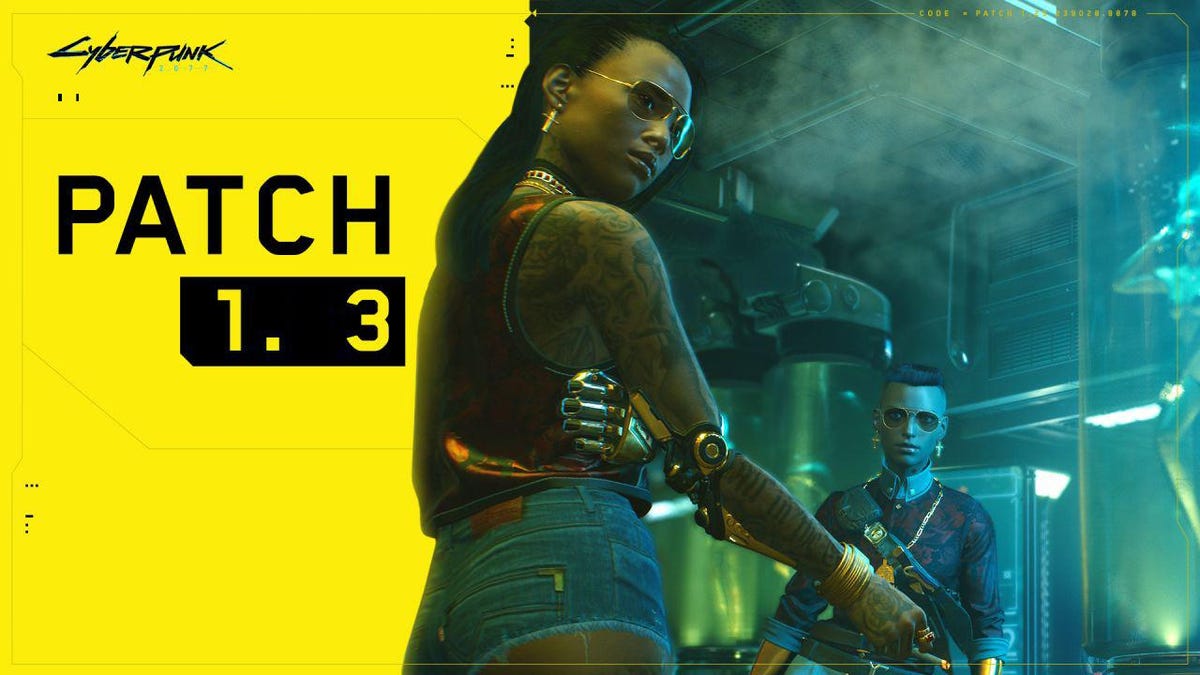 CD Projekt Red is still righting the ship that is Cyberpunk 2077, and its latest patch plugs up some more gameplay, performance, and stability leaks while also tossing in some free, albeit small, pieces of content. Patch 1.3 is now live for all versions of the sandbox RPG and aims to make the wild ride across Night City a lot smoother.

Upon downloading the patch you’ll be treated to three new pieces of content. First up is an alternative appearance for Johnny Silverhand, which you access in the settings tab under “Additional Content.” You also get the Rare/Iconic quality multilayered syn-leather Deltajock and Luminescent Punk jackets. After completing the mission “The Ride” and receiving Viktor’s message, you can find these jackets in V’s apartment stash. Lastly, you gain access to the Archer Quartz “Bandit” vehicle, which you can either buy or earn as a reward depending on your choices after finishing up the “Ghost Town” job and getting a message from either Dakota or Rogue.

That’s just a small taste of everything included, so be sure to do yourself a favor and read the full list of patch notes for the complete breakdown of fixes/updates made to specific quests, overall balancing, the presentation/UI, and more.

Cyberpunk 2077 launched in a pretty poor state last December, with the PC version proving to be the most stable build while the game was largely a mess on last-gen consoles. The title only recently returned to sale on the PlayStation Store after Sony pulled it last year due to quality concerns. Things seem to have somewhat settled down, so hopefully, the team can continue to focus on shining up Cyberpunk as much as possible.