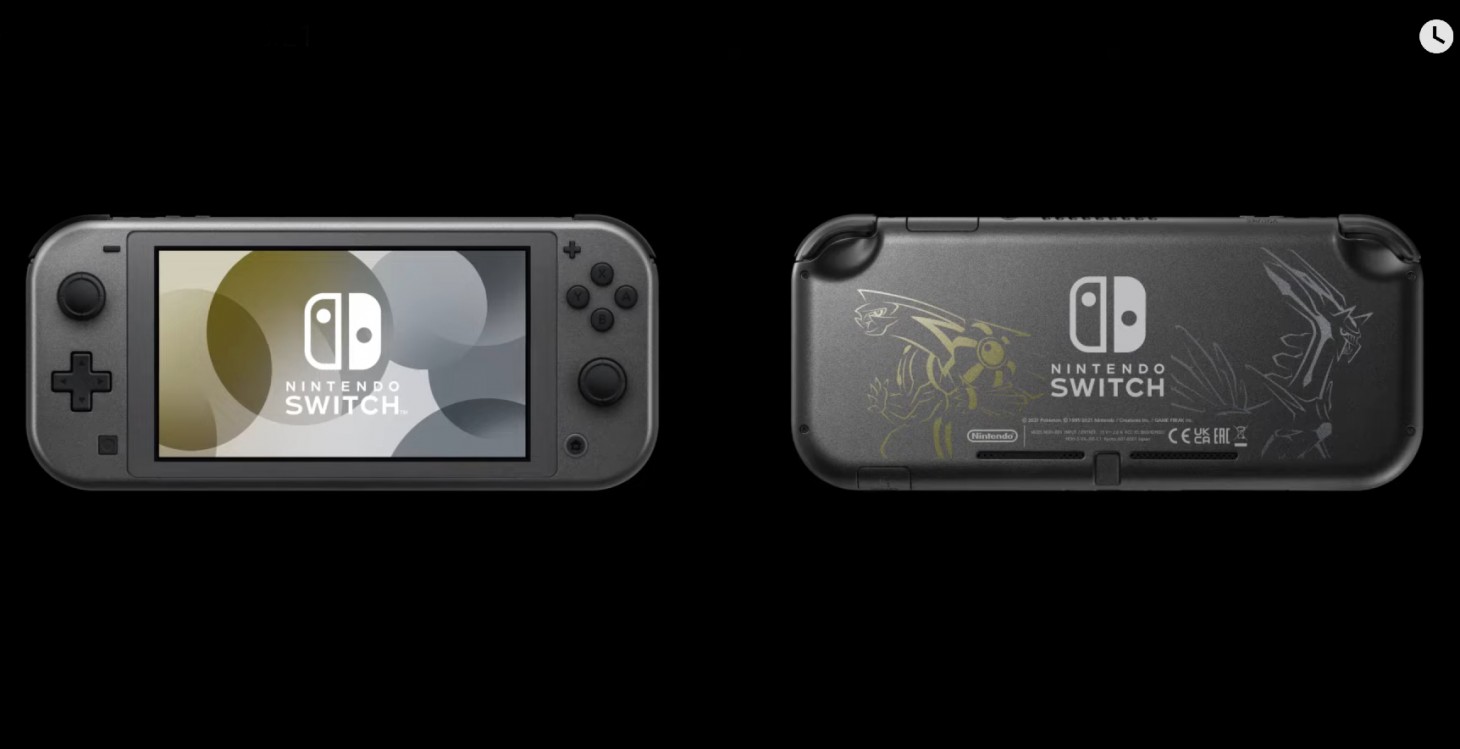 During today’s Pokémon Presents showcase, we got a deep dive into the new and revamped features coming to Brilliant Diamond and Shining Pearl.

The chief operating officer of The Pokémon Company, Takato Utsunomiya, also announced and revealed the Dialga and Palkia Editions of the Switch Lite.

Embellished with artwork of the two legendary Pokémon, the special Switch Lite is reminiscent of the Nintendo DS Lite Onyx Dialga and Palkia Editions released in 2006. The Switch Lite copies release on Friday, November 5, just a couple of weeks before the Brilliant Diamond and Shining Pearl games launch worldwide. Now, you can travel the lava-infested canyons, sandy seaports, and teeming grasslands of Sinnoh in style. You can get a better idea of what the console will look like in the photo below.

Pokémon Brilliant Diamond and Shining Pearl are remakes of the original Diamond and Pearl games launched in the West in 2007. While a few new updates are bound to make the fourth-generation games feel more contemporary, that classic Pokémon feel will still be on display.

With Pokémon Legends Arceus slated for an early 2022 release, pocket monster fans have a lot to look forward to. Brilliant Diamond and Shining Pearl will be available for Switch on November 19.

THE BREAK-UP Writer Has Signed on to Direct a MURDER MYSTERY Sequel, With Sandler and Aniston in Talks to Return