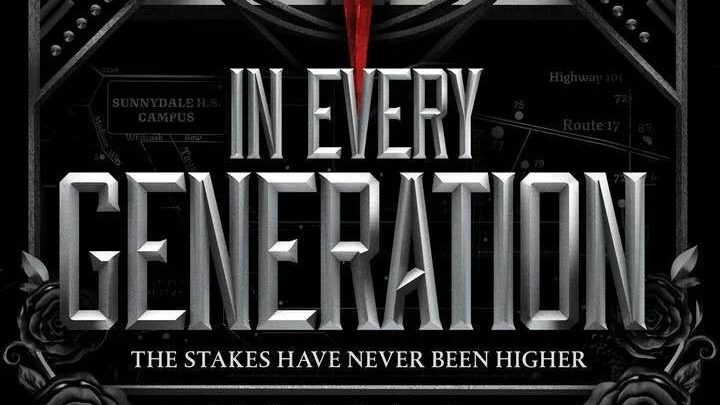 BUFFY THE VAMPIRE SLAYER Sequel Novel IN EVERY GENERATION Will Focus on Willow’s Daughter.

Disney Hyperion is producing a sequel novel titled In Every Generation focusing on a new slayer named Frankie, who is the daughter of Buffy The Vampire Slayer‘s Willow Rosenberg.

This book is the first in a trilogy of novels that will be written by Kendare Blake, who is known for writing the Three Dark Crowns series. When talking about this new project, Blake told Polygon:

“I have been a Buffy fan since the womb, or at least that’s what it feels like. Being a fan of Buffy was the whole reason for taking on In Every Generation. I had no choice. You don’t say no to Buffy.

“If you want to visualize the writing of this book, just imagine the iconic scene from Singin’ in the Rain. Except instead of Gene Kelly, it’s me, and instead of that wet street with the lamp post, it’s Sunnydale Cemetery full of vampires.”

Disney Hyperion also shared the official synopsis for In Every Generation:

Frankie Rosenberg is passionate about the environment, a sophomore at New Sunnydale High School, and the daughter of the most powerful witch in Sunnydale history. Her mom, Willow, is slowly teaching her magic on the condition that she use it to better the world. But Frankie’s happily quiet life is upended when new girl Hailey shows up with news that the annual Slayer convention has been the target of an attack, and all the Slayers—including Buffy, Faith, and Hailey’s older sister Vi—might be dead. That means it’s time for this generation’s Slayer to be born. But being the first ever Slayer-Witch means learning how to wield a stake while trying to control her budding powers. With the help of Hailey, a werewolf named Jake, and a hot but nerdy sage demon, Frankie must become the Slayer, prevent the Hellmouth from opening again, and find out what happened to her Aunt Buffy, before she’s next. Get ready for a whole new story within the world of Buffy!

There’s no information on if this new novel trilogy will follow the continuity of the Buffy the Vampire Slayer comics from Dark Horse Comics. Those comics continued the story of the original show after it came to an end.