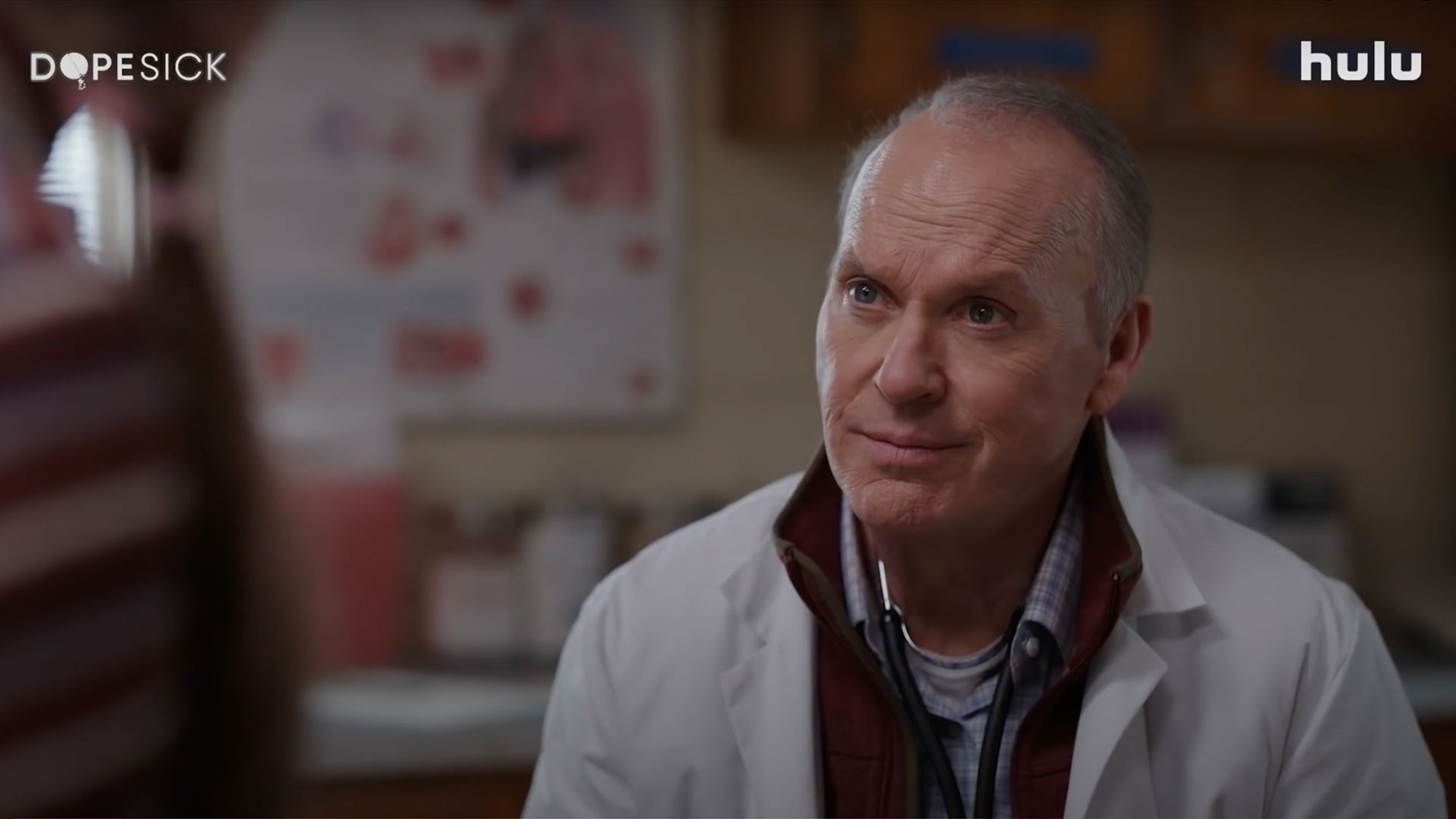 A new trailer has been released for the drama Dopesick, a limited series that dives into the birth of the opioid crisis when OxyContin came on the scene in the 1990s. The show tells the story based on the non-fiction book by Beth Macy. The series has an all-star cast led by Michael Keaton, Peter Sarsgaard, Michael Stuhlbarg, Will Poulter, John Hoogenakker, Kaitlyn Dever, and Rosario Dawson, as well as guest stars Phillipa Soo and Jake McDorman.

Dopesick examines how one company triggered the worst drug epidemic in American history. The series takes viewers to the epicenter of America’s struggle with opioid addiction, from the boardrooms of Purdue Pharma, to a distressed Virginia mining community, to the hallways of the DEA. The unsparing yet deeply human portraits of the various families affected by Oxycontin addiction and their intersecting stories hold up a mirror to this American tragedy, while shining a hopeful light on the heroes battling the craven corporate forces behind this national crisis.

Dopesick is written by Danny Strong and directed by Barry Levinson. The eight-episode series begins streaming on Hulu on October 13, 2021. Check out the trailer below: