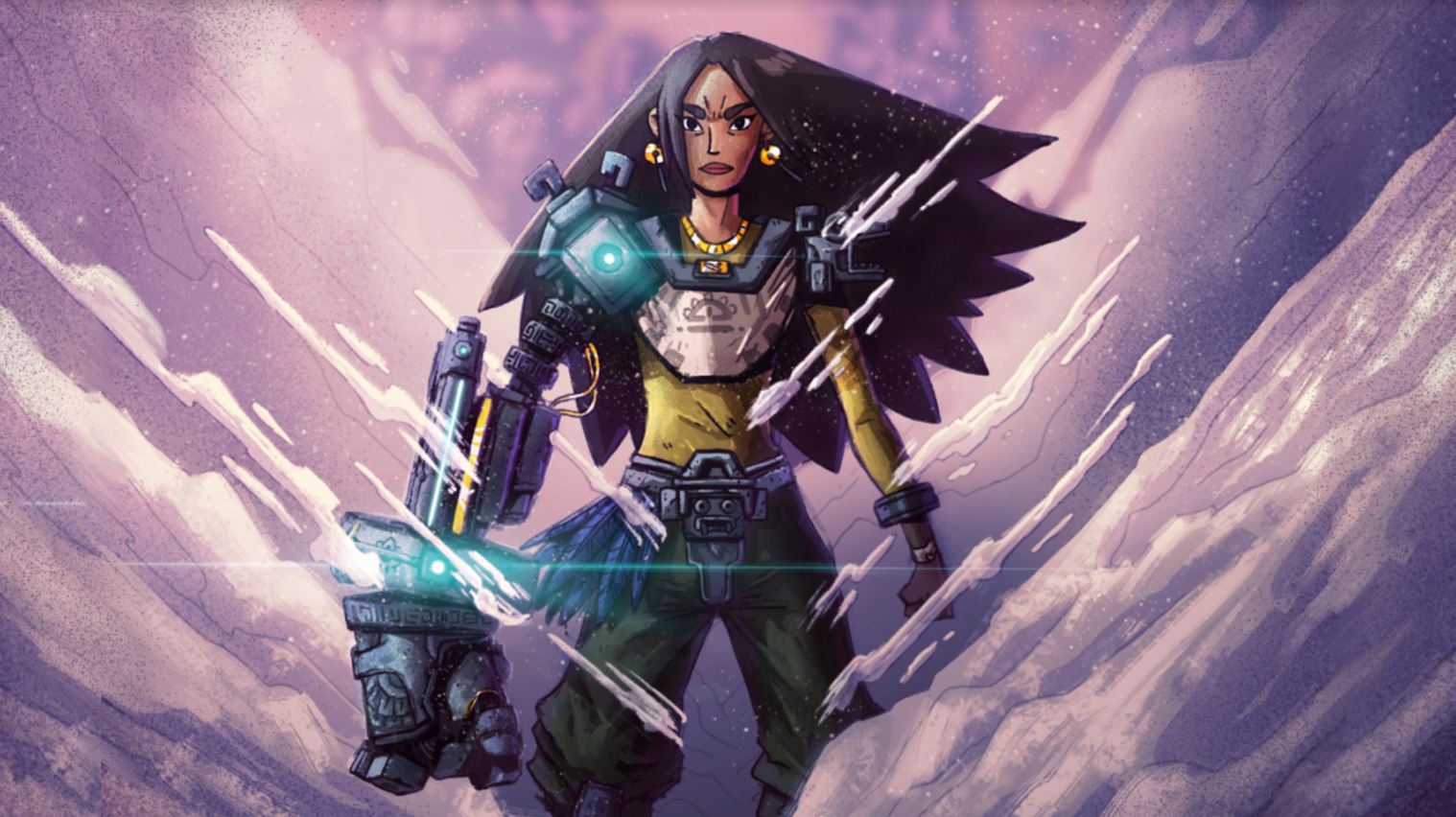 PlayStation released a trailer for the upcoming game Aztech Forgotten Gods. The trailer features gameplay and release date for the upcoming futuristic twist on Aztec lore. The game is being developed and published by Lienzo.

In the trailer, we hear a voice speaking about being dormant for years, and now they are free. We see a glimpse of a sphere which we can only guess is possibly where they were being contained. The voice which is possibly one of the forgotten gods mentioned, we then see many gods begin to awaken and we meet our protagonist Achtli. We then are treated to some very action-packed gameplay featuring Acthli’s massive right arm in which she can shoot projectiles or propel herself towards an enemy. We also get glimpses at some of the gods that Achtli will be fighting throughout the game.

The action-adventure game will follow Achtli, when she and her mother go on an unsanctioned dig, they accidentally discharge an ancient energy that awakens these massive gods that are determined to destroy the city. Achtli will battle the forgotten gods using their own power that she gains from the ancient artifact, the Lightkeeper. As she uncovers the truth about the Mesoamerican world she lives in, we will have an array of abilities at our disposal through the use of the Lightkeeper as we fight to protect our home.

The game also looks to give a new look at Aztec lore, taking place in a world where the Aztec empire was never conquered, allowing it to flourish into a hyper-advanced civilization. This created a metropolis that while having all of this technology, remains rooted in ancient tradition.

The game is set to launch on March 10, 2022, and will be available on Playstation 4, Playstation 5, Xbox Series X|S, Xbox One, Switch, and PC. Check out the trailer below: