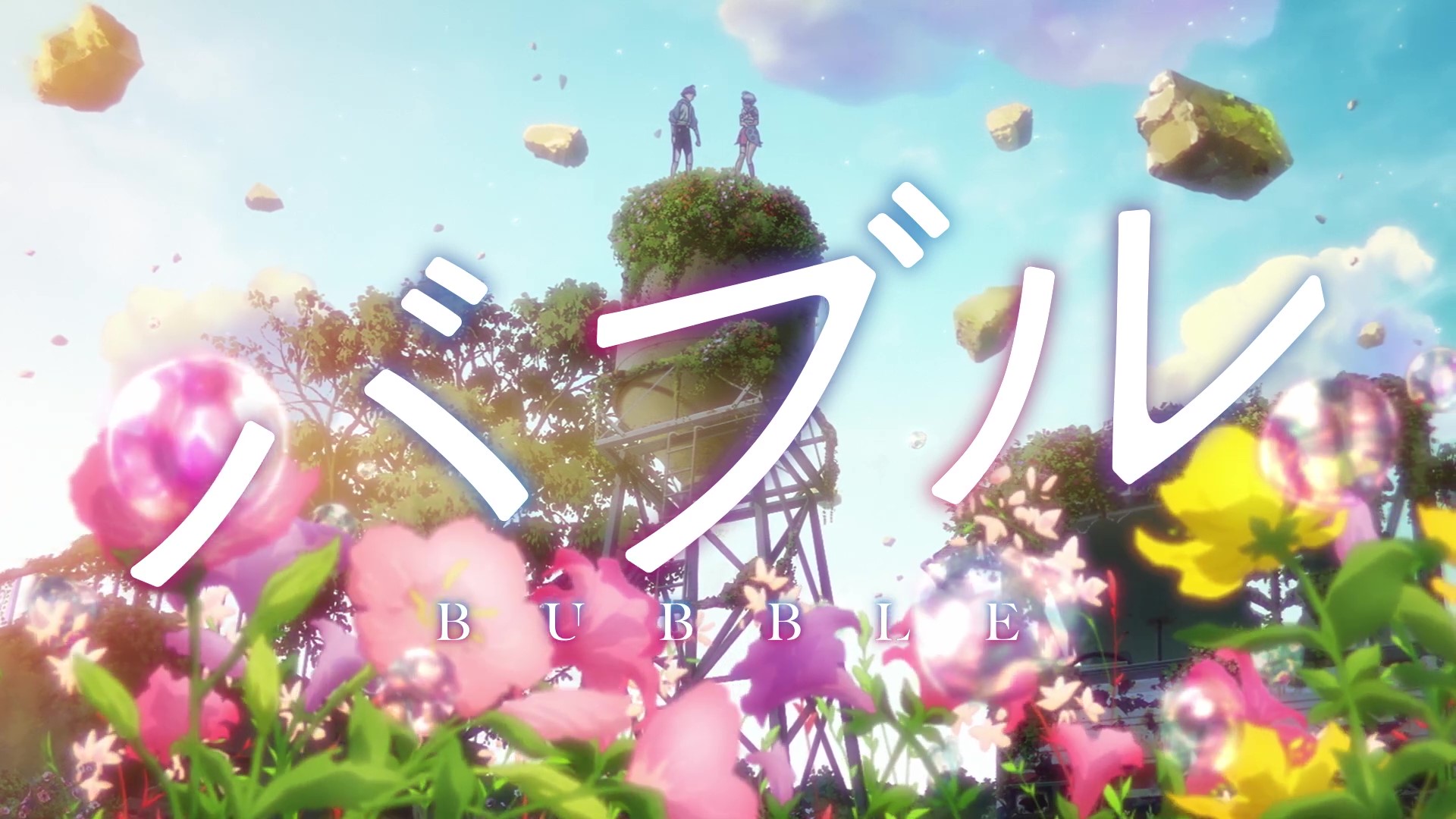 Netflix has released a teaser trailer for Bubble, the upcoming anime film by WIT Studio, and the talented team of talent that has been part of some iconic anime such as Death Note and Attack on Titan.

“The story is set in Tokyo after bubbles that broke the laws of gravity rained down upon the world. Cut off from the outside world, Tokyo has become a playground for a group of young people who have lost their families, acting as a battlefield for parkour team battles as they leap from building to building. Hibiki, a young ace known for his dangerous play style, makes a reckless move one day and plummets into the gravity-bending sea. His life is saved by Uta, a girl with mysterious powers who appears suddenly. The pair then hear a unique sound audible only to them. Why did Uta appear before Hibiki? Their encounter leads to a revelation that will change the world.“

WIT Studio is taking on the project and has worked on the iconic Attack on Titan and Vinland Saga. Director Tetsuro Araki who helmed the first season of AOT and Death Note is also working on the upcoming Netflix anime. Araki shared a statement about the upcoming film saying:

“I’ve been working on this project quietly for many years, but I’m happy to finally unveil it. I did what I’m best at to the best of my ability alongside many familiar faces. A lot of exciting pictures have surfaced. I hope you enjoy what we’ve created! While it will definitely feature exhilarating action and beautiful background art, I hope that I can also take everyone to even more unexpected places this time. I can’t wait to share it with everyone!”

The rest of the team is made up of all-star talent, including music by Hiroyuki Sawano, who also worked on Attack on Titan as well as working on the animated film Promare. The character designs are done by the illustrator of Death Note manga Takeshi Obata and the screenplay is done by Puella Magi Madoka Magica writer, Gen Urobuchi. Urobuchi had this to say about working on the project:

“It all started with wanting to make something interesting with Mr. Araki. I thought about playing around with a typical mermaid story: Instead of a girl ending up as bubbles after falling in love, why not have a bubble fall in love and transform into a girl? With this idea in mind, we put together a really great team, starting with Mr. Obata. It was an exciting experience where we had all these ‘bubbles’ coming together to create a giant ‘wave.”

Also joining the project is voice actor Yuki Kaji who voices Eren in Attack on Titan and is joined by actors Jun Shison, Mamoru Miyano, and Tasuku Hatanaka.

Bubble will premiere exclusively on Netflix on April 28th, 2022. Check out the new teaser trailer below: