ARMY OF THIEVES Review: The Zack Snyder Army Of The Dead Universe Gives Us A Fun And Delightful Second Serving 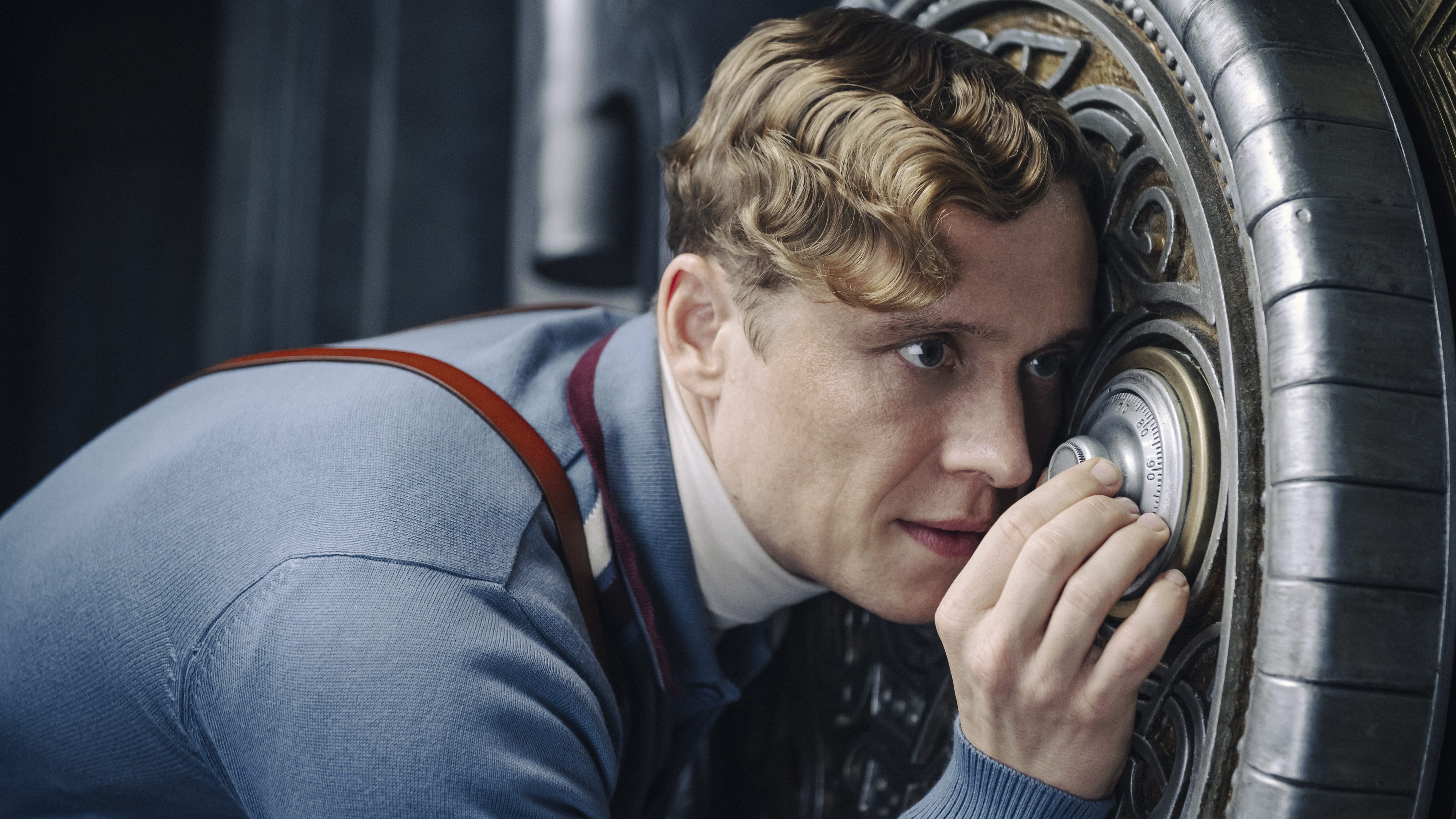 ARMY OF THIEVES Review: The Zack Snyder Army Of The Dead Universe Gives Us A Fun And Delightful Second Serving

Netflix and Zack Snyder brought us Army of the Dead not long ago and it introduced us to zombie-infested America and amongst the world having been seemingly lost to the undead, a ragtag group of mercenaries is recruited to pull off a dangerous heist in what is considered undead ground zero Las Vegas. Snyder presented us with a near post-apocalyptic world that had the living battling the undead and also themselves as survival was a commodity not many had. Snyder’s Army of the Dead universe hinted at robots, aliens and was colorful in its own right. Although things didn’t quite work out for everyone in our group during the heist, a standout character to fans was the quirky, enthusiastic safecracker Ludwig Dieter. His colorful personality was limelight in the plethora of gore and questions that viewers were left within the film.

This brings us to Army of Thieves, the film set in the Army of the Dead universe that serves as a prequel and takes us back to the origin story of our good friend Ludwig. The prequel trades zombie-infested America, apart from some nods and mentions via news reports as it is discussed that the outbreak seems to be in its early stages. We are instead taken on yet another heist, this one that revolves around the coveted Hans Wagner safes that are legends among thieves and take our thieves on fun, exhilarating adventure that molds Dieter into the person we meet in the first film. The Director and star of the film Matthias Schweighöfer gives us an entertaining film that is a prequel but manages to stand on its own with some tenuous connection to Army of the Dead.

The film, which as we mentioned serves as an origin story for Ludwig, takes place six years before we see him tackling the safe in Zombie Las Vegas. Living in Berlin, he is stuck in a routine that many of us can probably relate to from one point in our lives or another. The recurring days of a soul-crushing dull job, attempting to reach an audience through his YouTube channel with videos of his love for safe cracking and Hans Wagner, specifically the Ring Cycle, which we learn much of during the film which is a set of bank vaults created by his idol and grandmaster locksmith. These safes are a thing of legend and their presence is both unknown and cracking these safes is a pipe dream for many thieves. Out of admiration and fandom, Ludwig has seemingly learned everything possible about the Ring Cycle and its creator, which he shares often on his YouTube channel, but no one seems to share his passion as his videos seemingly receive no views.

Stuck in a routine that will seemingly lead to a dull and meaningless life. He comes across Gwendoline who is portrayed by Nathalie Emmanuel. She offers him a job, not just any job, but a job that he is the only person that is possibly capable of pulling off and may very well lead him to a life that he is destined for. Recruited to join a team attempting to pull off a heist that will have Ludwig taking on the Ring Cycle, he is joined by Gwendoline, hacker Korina portrayed by Ruby O. Fee, a self-proclaimed action hero Brad Cage portrayed by Stuart Martin, and getaway driver and sandwich aficionado Rolph who is portrayed by Guz Khan. Together, with their set of skills and tons of planning, they hope to use Ludwig’s skills to access these vaults and essentially become legends, or get a good payday depending on who in the group you ask.

Although the film has a heft runtime, Schweighöfer shows that he is more than talent in front of the camera as he manages his time behind the camera as seamlessly and as genius as the “Army of Thieves” fighting the clock to pull off the heist. The mixture of comedic relief, the Oceans Eleven-esque level of mind games and trickery along with the numbers game and Schweighöfer/ Emmanuel’s great chemistry on-screen leads viewers on a ride through Europe that is lively and introduces a dynamic into the Army of the Dead universe that doesn’t rely on horror or the main points of the original film. It instead gives us an origin story of a now even more beloved character that is enjoyable on many levels and introduces a level of warmth between the main cast that gives this film its own identity without relying on the tropes of the previous film. This film could be enjoyed all on its own whether you are a fan of Army of the Dead or not. It doesn’t add depth to the lore of the universe, but it adds tons of depth to Ludwig Dieter, the person he is when we first meet him, and the importance of the vault he tackles in Army of the Dead.

THE MOST SHOCKING MOMENT IN REDNECK HISTORY