NIGHT TEETH Review: The Netflix Film Brings Us A Battle Between Humans And Vampires In High Style 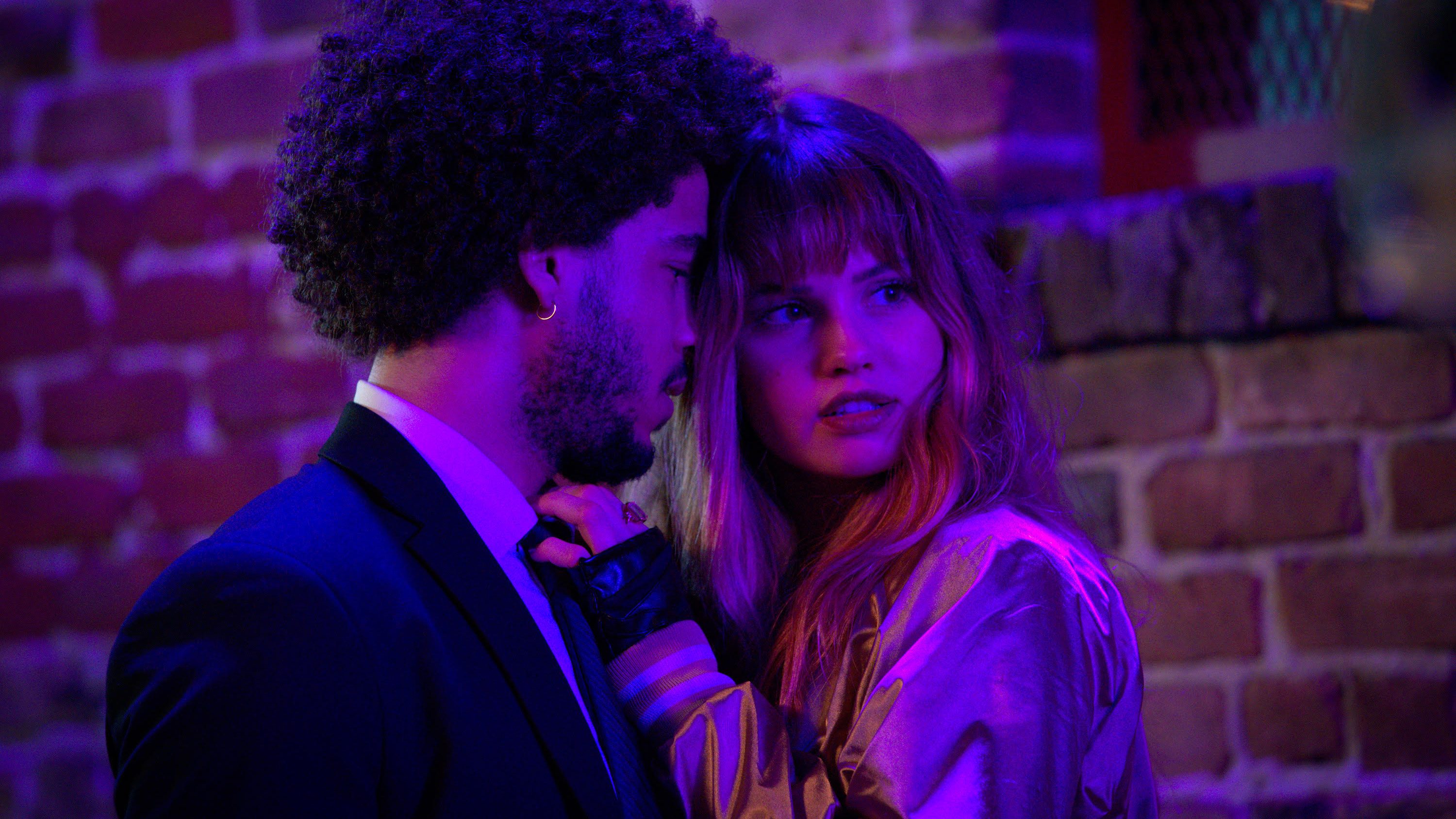 NIGHT TEETH Review: The Netflix Film Brings Us A Battle Between Humans And Vampires In High Style

The Netflix film brings us a take on a beloved horror genre and delivers it in style with a mythic world depicted in the high life of L.A. Night Teeth is filled with glamorous, sensual vampires and a very normal unassuming protagonist named Benny ( Jorge Lendeborg Jr.). The film initially opens up with narration introducing us to a world filled with secrets, an ancient truce, and all the collateral damage that threatens it. The film quickly changes focus and instead we go on the ride from hell with Benny replaces his vampire-hunting half-brother Jay (Raul Castillo) as the chauffeur for a pair of vampire enforcers Blaire (Debby Ryan) and Zoe (Lucy Fry) around LA.

As charming as Lendenborg Jr. is as Benny, the downside is that screenwriter Brent Dillon and director Adam Randall only tease at a much more interesting world than the one presented. A peripheral scene featuring the villainous vamp Victor (Alfie Allen) confronting vampire royalty (Megan Fox and Sydney Sweeney) cuts away before the action, eager to jump right back to Benny’s dilemma of learning to embrace life while attempting to rein in powerful murderesses.

It doesn’t help that Benny’s moral conundrum feels familiar. His slow realization of vampires, their powers, and control of the city through an affluent hierarchy is reminiscent of similar stories that see normies uncover an underground world of the supernatural.

Now, this isn’t to say the film is not worth a watch, the film does make up for these things in style. The setup allows for our characters to go from set piece to set piece and showcases a beautiful Los Angeles nightlife full of high-end parties, bloodshed, gunfights, and of course death… lots of it. This keeps the viewer interested in the journey throughout the entirety of the film as the set pieces are set into play for the plot reveal that pits our characters amongst one another as the repercussions of the broken ancient truce catch up with all our characters.

Overall, Night Teeth provides us with a likable lead, a beautiful tour of the neon-lit nightlife of L.A., and a quick-paced moving narrative with a flourishing romance thrown in the mix. Although the film feels a tad underbaked, it’s not necessarily a bad thing for a viewer to want to see more of a world that creators have built as it shows that there is in fact a foundation to build upon and hopefully the potential for possible sequels or spinoffs is seen and we may get to see some of the questions that brewed answered. If you are looking for a fun vampire flick that takes the city of Los Angeles head-on then look no further.

Night Teeth will be available on Netflix on October 20th, 2021