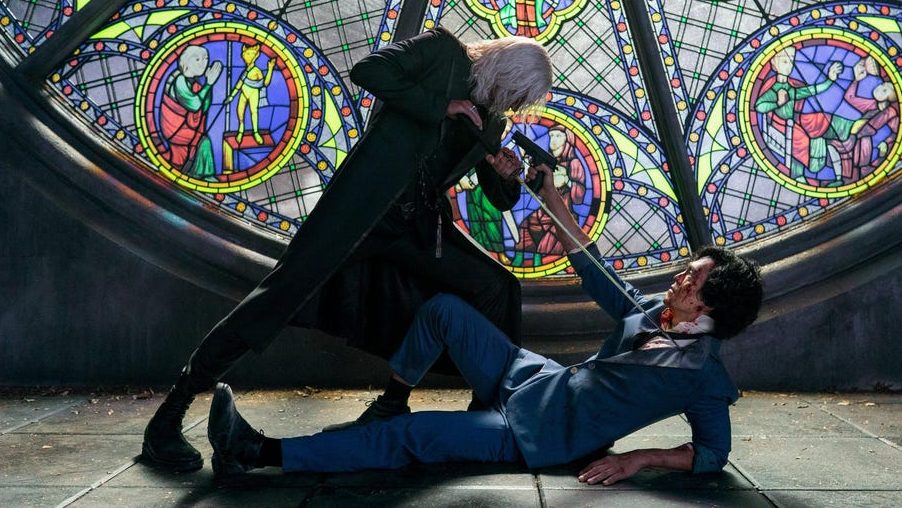 Netflix has dropped a new teaser trailer for its upcoming live-action series adaptation of Cowboy Bebop, and all we say is WOW! The teaser is titled “Lost Session” and is a standalone adventure comprised of specially created footage that won’t be seen in the series. The teaser is fun, brings a ton of energy and style and it is sure to get fans pumped!

In the video, bounty hunters Spike Spiegel (John Cho), Jet Black (Mustafa Shakir), and Faye Valentine (Daniella Pineda) embark on a quick adventure for “a new bounty on the line.” I enjoyed the use of shifting colored lenses and moving panels that the characters were able to interact with as the story moved from one scene to the next.

The series looks like it’s going to be a blast! Cowboy Bebop is an action-packed space Western about three bounty hunters, aka “cowboys,” all trying to outrun the past. As different as they are deadly, Spike Spiegel (John Cho), Jet Black (Mustafa Shakir), and Faye Valentine (Daniella Pineda) form a scrappy, snarky crew ready to hunt down the solar system’s most dangerous criminals — for the right price. But they can only kick and quip their way out of so many scuffles before their pasts finally catch up with them.

Cowboy Bebop is set to premiere on November 19th.