You Season 3 Review: The Netflix Hit Series Is Still A Killer Good Time 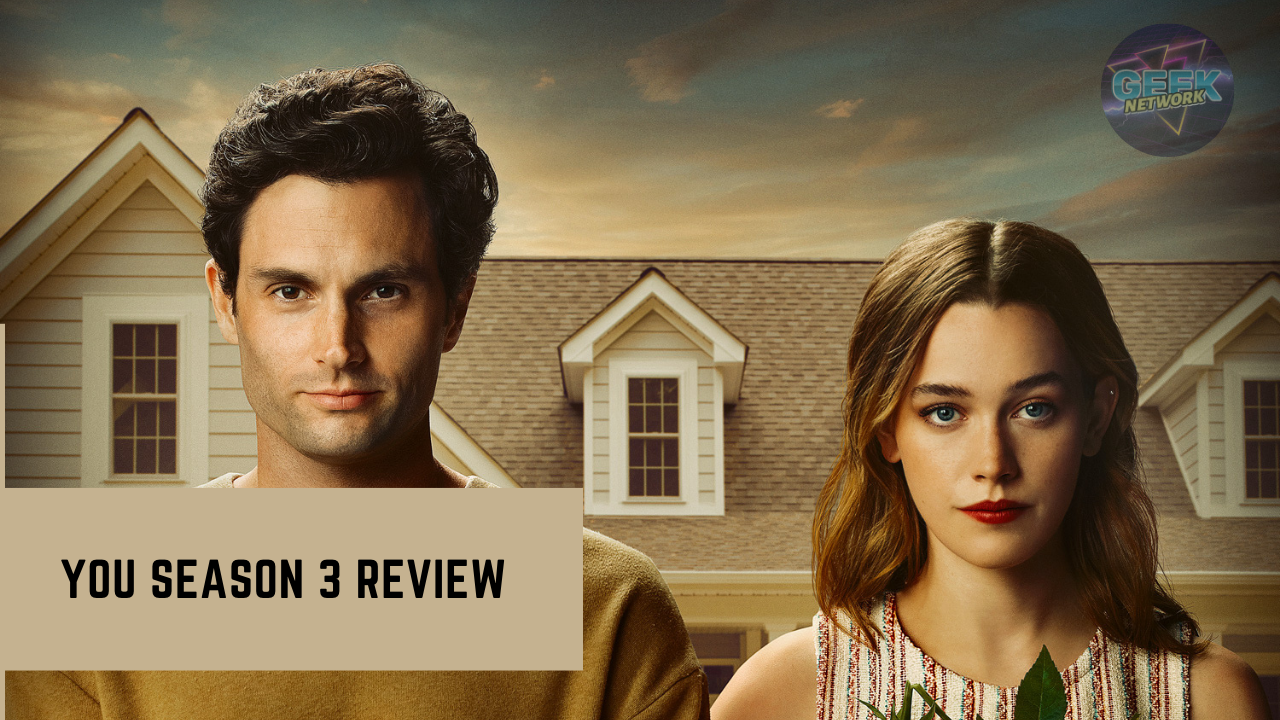 You Season 3 Review: The Netflix Hit Series Is Still A Killer Good Time

Netflix’s highly anticipated series You is set to return with 10 episodes of stalking, and a relentless amount of toxicity. The series hits the streaming service on October 15th, 2021 and for better, or for worse, we have more of the same shenanigans that have made this series a guilty pleasure for many fans.

Stemming from the season 2 finale, Joe Goldberg (Penn Badgley) and his wife Love Quinn-Goldberg (Victoria Pedretti) were set to welcome a child into their lives and they have since escaped their past and the impulses that drive them to give their child the parents they deserve. This leads them to the suburban dream, white picket fence and all.

At first glance, you could even forget that they are in fact both disturbed human beings with blood on their hands as they struggle with very normal problems of new parents. As we have come to learn from this series. Nothing is as it seems as very familiar problems begin to surface. Joe, seemingly frustrated and disappointed that he is having a son. Fearing he will tarnish him like he believes he was, he finds trouble emotionally connecting with his child.

As the season starts, those of you who came in hoping for the same Joe might be worried that he has in fact changed or is really trying to, but nobody really wants that do they? We want the twisted charm that Badgley has made infamous. It doesn’t take long before we see Love and Joe veer back into their old ways. Driven by circumstance, although most of it unfounded, we see the murderous couple each find their way back into this “bad” persona of theirs. The sadistic yet intriguing inner dialogue of Joe, the maniacal anxiety that drives Love to make some impulsive acts with dire repercussions, and a newborn caught in the midst of this struggle between the both of them as they aim to point fingers all the while trying to keep they “bad” selves at bay.

If this isn’t enough, throw in the tropes of suburban life with the cliches of today’s day and age and you have almost all the drama and twists you can handle, but series writers take it one step further bringing in Love’s mother Dottie (Saffron Burrows) into the mix. Now having moved closer and a frequent visitor of their home, she has an obsession over baby Henry who she believes is Forty, (who you might remember was murdered in season 2) reincarnated. This is the formula that writers bring to us to give us an exhaustingly addicting dark time.

The series gets a shot of life in the new set of supporting characters in Love and Joe’s new neighborhood with roles from Scott Speedman, Dylan Arnold, and Tati Gabrielle to the characters we guarantee you will love to hate, Sherry and Cary, portrayed by Shalita Grant and Travis Van Winkle. The self-obsessed”influencers” may even have you rooting for Joe and Love to release these dark personas and take them out of the picture.

Throughout the series, we also see more of Joe’s childhood through a series of flashbacks that build upon the layers of who he is and what drove him to become what he is. Although we will not reveal the deaths and trust me there are deaths, we guarantee that if you have been enjoying the series so far, you will not be let down as You still remains as creepily charming and binge-worthy as ever. Will Love and Joe manage to put aside these other versions of themselves? Will both or either of them survive long enough for there to be a fourth season? These are all questions that may be answered when the third season premieres.

You season 3 premieres exclusively on Netflix on October 15th, 2021.