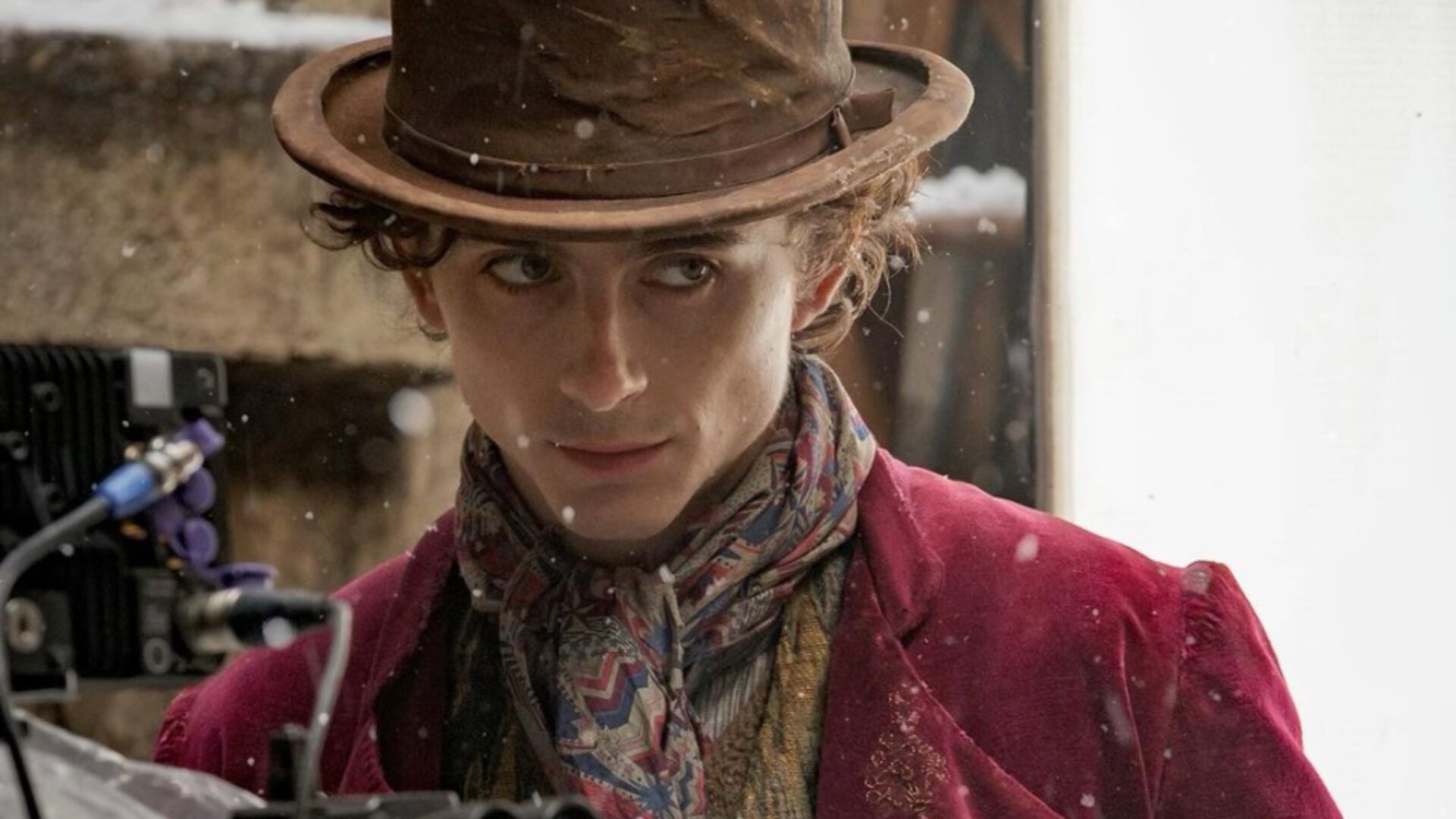 Timothée Chalamet has shared a photo from the set to WB’s upcoming Charlie and the Chocolate Factory prequel movie, Wonka, and it offers a first look at the actor in full costume.

Chalamet is a wonderful actor and has some pretty big shoes to fill with the previous films having the eccentric, iconic actors Gene Wilder and Johnny Depp having played the character ( Although Depp portrayed Charlie).

The new film is based on the classic characters created by Roald Dahl, and the story will focus on a young Willy Wonka and his adventures prior to opening the world’s most famous chocolate factory.