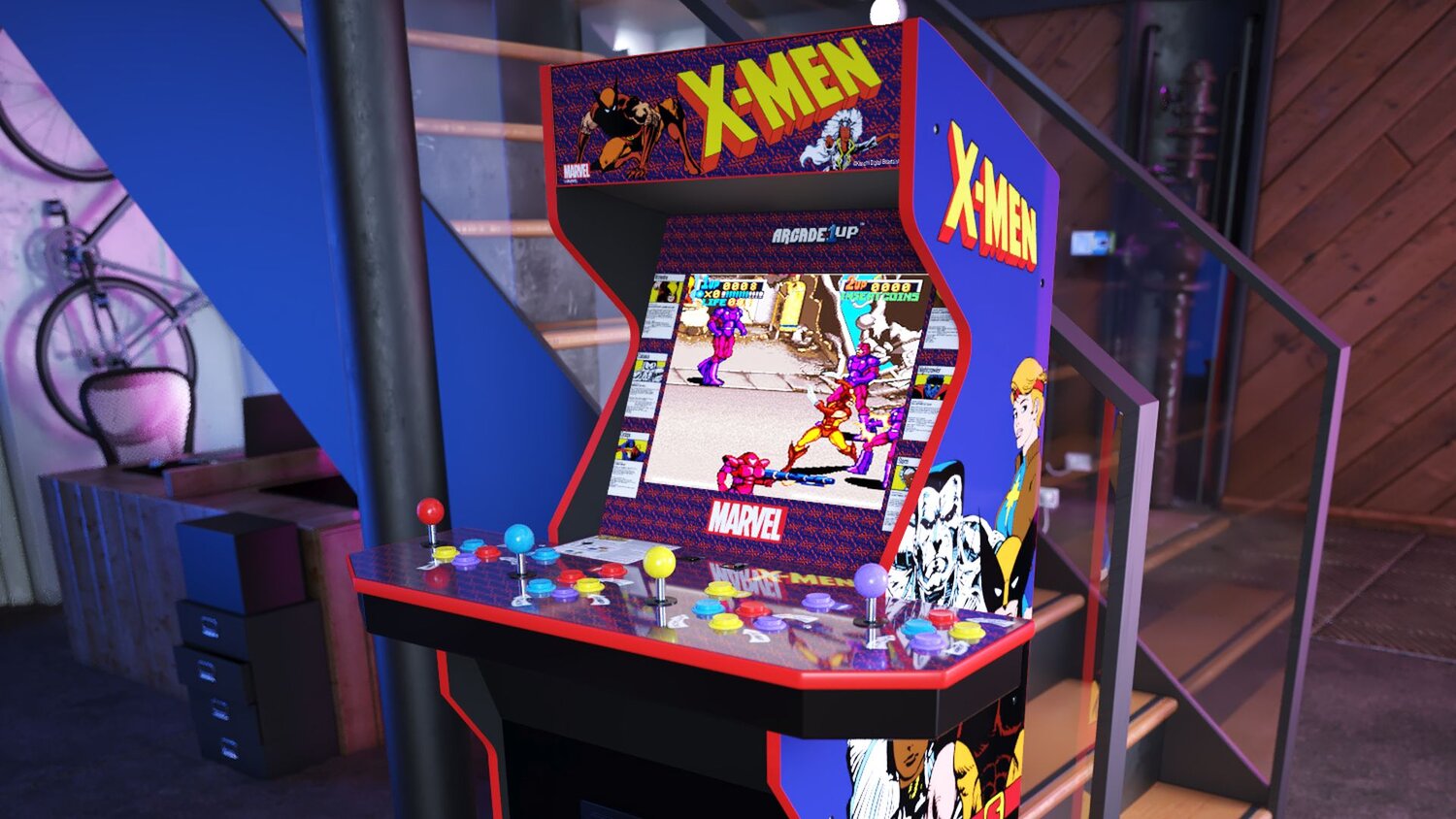 The latest cabinet revealed by Arcade1Up is the X-Men arcade cabinet. It features slots for four players to team up and play the classic X-Men arcade game. Like the other cabinets, this one features a lit marquee, a light-up deck protector, and wi-fi so you can play with your friends.

Yep, here it is, with character designs straight out of the legendary Pryde of the X-Men animated pilot. The X-Men 4 Player arcade game was an instant smash hit in 1992, allowing players to control Cyclops, Wolverine, Colossus, Storm, Nightcrawler, or Dazzler, in taking on the Brotherhood of Evil Mutants masterminded by Magneto. Four simultaneous players, amazing mutant powers, endless fun.

Ready to team up for some remote play? The X-Men 4 Player arcade game is equipped with Live WIFI; you can fight your way through each level with the help of fellow retrogamers playing from their own cabinets.

Also, the cabinet will also feature Captain America and the Avengers as well as The Avengers in Galactic Storm. This is an amazing cabinet. Pre-orders will go live on July 15 and you can sign up to be notified of availability updates on the Arcade1Up site.