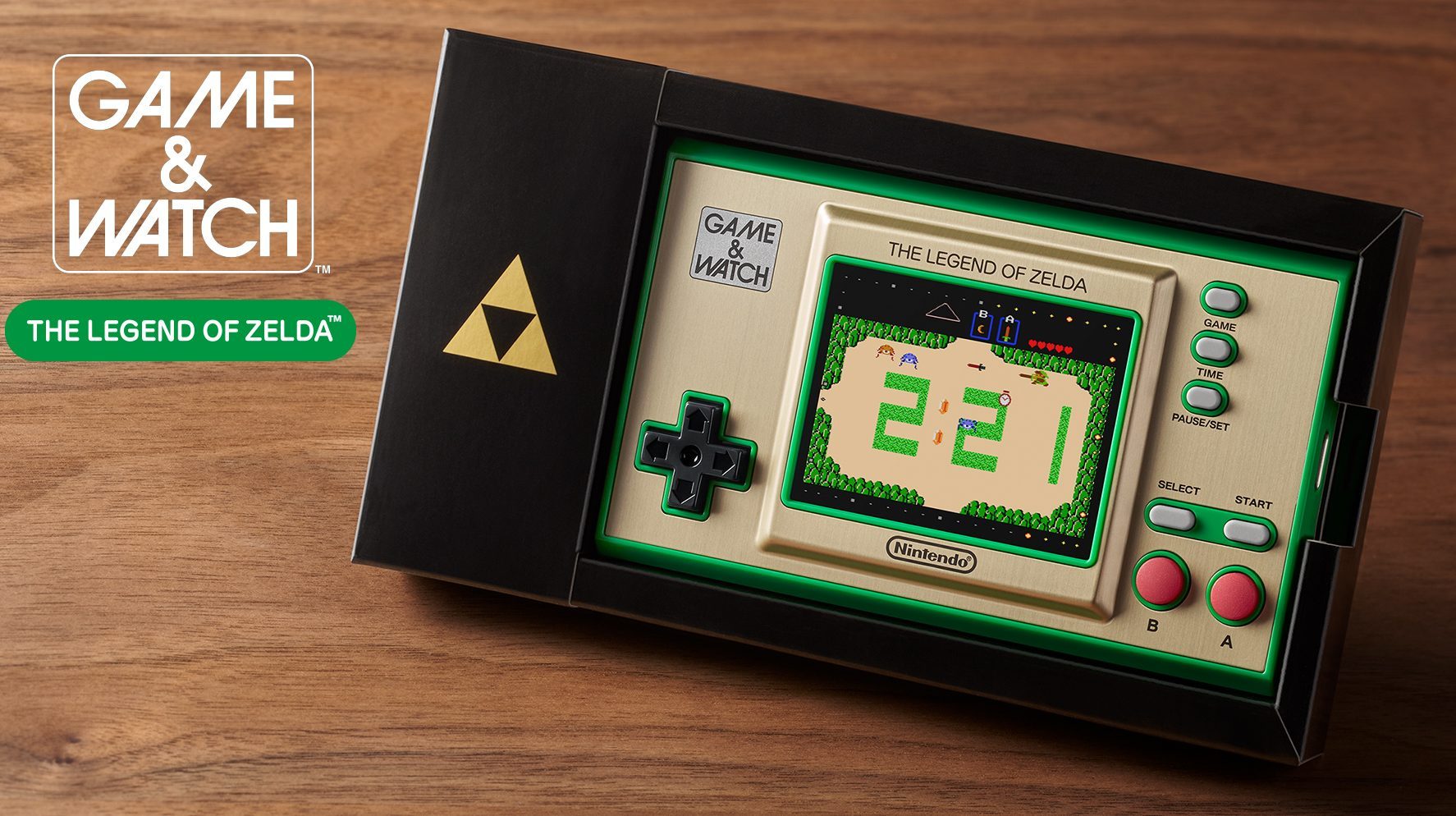 A new Zelda Game & Watch system from Nintendo collects the original NES titles The Legend of Zelda and Zelda II: The Adventure of Link. But that’s not all! The system also includes the original green-toned Game Boy title The Legend of Zelda: Link’s Awakening. But that’s not all! It also includes an original Game & Watch game called Vermin, which looks a lot like Whack-A-Mole; however, this time around Link is the playable character.

This special Game & Watch is Nintendo’s way of celebrating the Zelda series, which turns 35 this year. The system also has a couple of neat time-keeping features – after all, it’s called a watch for a reason. In addition to playing four games, this Game & Watch features a playtime clock themed after The Legend of Zelda and an interactive timer based on Zelda II.

If you’re not familiar with Game & Watch, this series of handheld electronics were manufactured by Nintendo starting in 1980 and was a big part of the company’s success, and one reason Nintendo continued to push into the gaming market with systems like the Game Boy and the NES.

Nintendo’s The Legend of Zelda-themed Game & Watch will be available starting on November 12 for $49.99, and you can check it out on its official site.