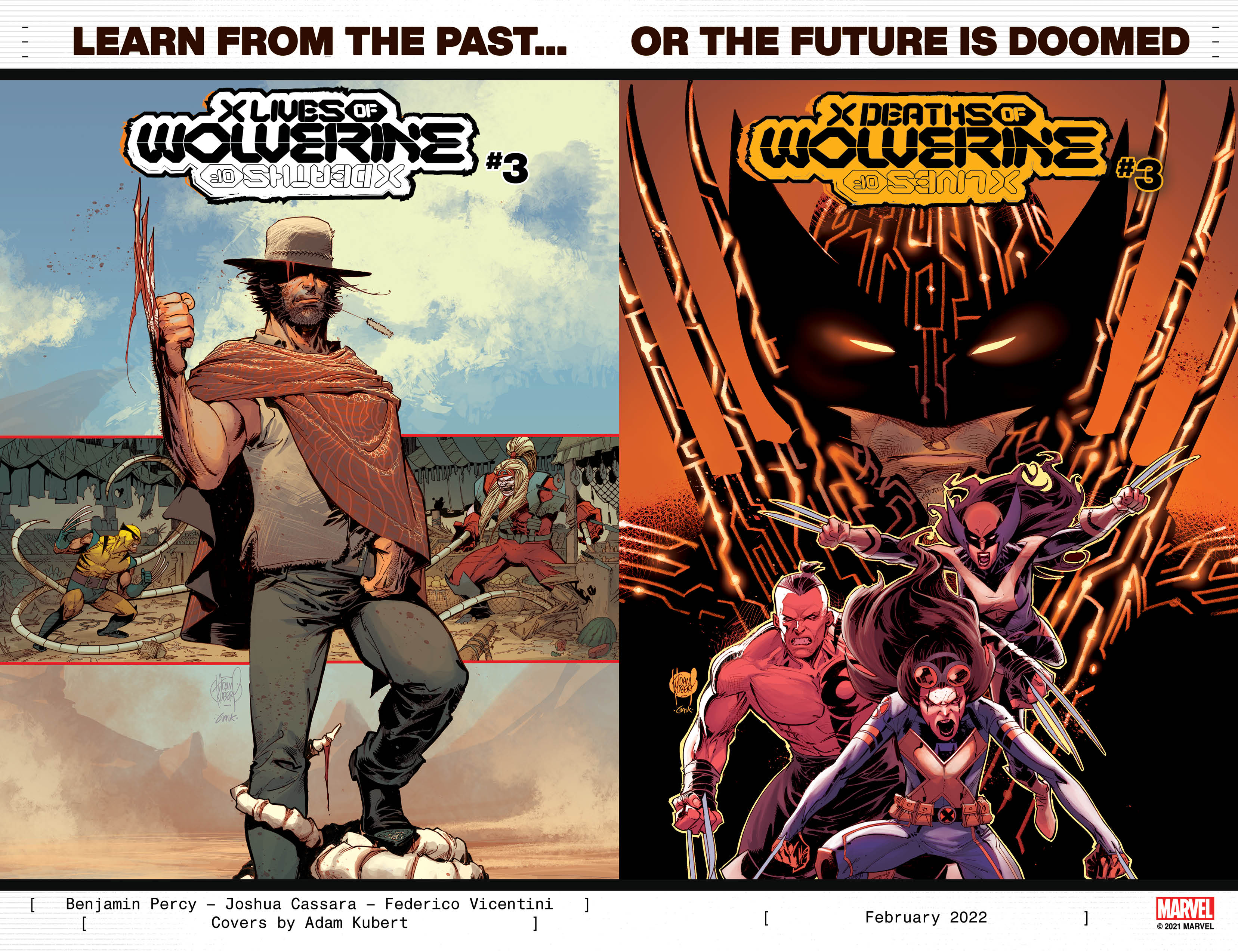 Wolverine Must Learn From His Past Or The Future Is Doomed – X LIVES OF WOLVERINE and X DEATHS OF WOLVERINE continues in February!

Starting in January, X LIVES OF WOLVERINE and X DEATHS OF WOLVERINE, a pair of interlocking series will usher in The Second Krakoan Age of X-Men! Week after week, writer Benjamin Percy and artists Joshua Cassara, Federico Vicentini, and Adam Kubert will journey across Wolverine’s history and future to deliver a transformative epic packed with revelations and exciting developments not just for Logan but for all of mutant-kind.

The saga continues in February as X LIVES OF WOLVERINE #3-4 present lost missions of the man called Logan! Wolverine’s time-shredding adventure sheds new light on eras of his life you thought you knew, and ones you never knew existed! Hang on for a ride from the early 1900s to missions with Department H and beyond. A peek into the past that will define the future…but only if he can stop OMEGA RED!

While Logan fights his way through the past, who will protect the present? X DEATHS OF WOLVERINE #3 will star the “Wolverine family” as Wolverine (Laura Kinney), Daken, and Scout enter the fray as the dark side of Wolverine’s time-traveling mission comes into focus. And in X DEATHS OF WOLVERINE #4, the chase leads to the mutant nation of Krakoa, as the force of mutantkind’s ultimate destruction breaches its borders. Is this the last stand of Xavier’s dream? Readers, prepare for a major turning point in the X-Men mythos!

Check out February’s covers now and be there when X LIVES OF WOLVERINE #1 hits stands on January 19! For more information, visit Marvel.com.