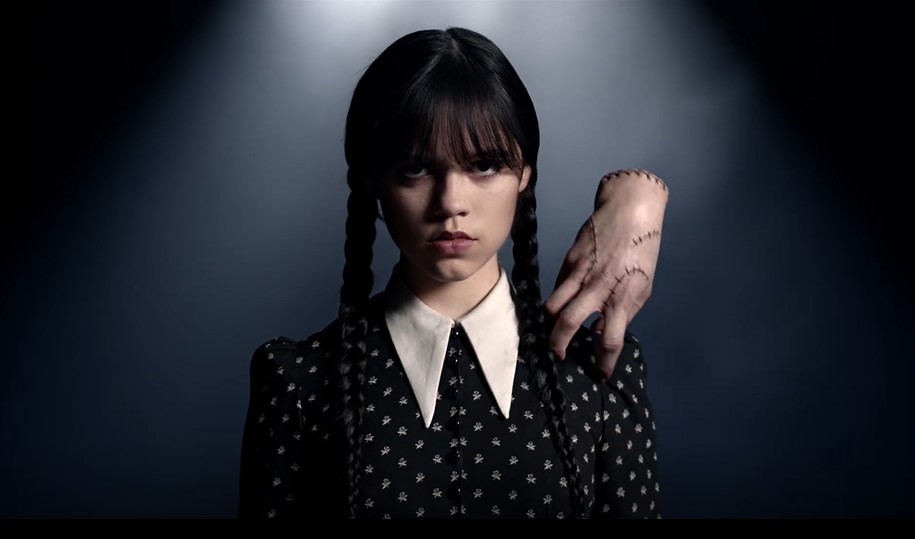 Netflix has unveiled the long-awaited teaser trailer for Wednesday. The spinoff series of The Addams Family that sees Jenna Ortega taking on the titular role of the stone-hearted Addams daughter. Created from the iconic characters created by Charles Addams, the series is created by Tim Burton who is no stranger to the morbid.

Here’s the official synopsis for Wednesday:

“Based on the character originally created by Charles Addams, “Wednesday” is a young adult TV series described as a sleuthing, supernaturally infused mystery charting Wednesday Addams’ years as a student at Nevermore Academy. She attempts to master her emerging psychic ability, thwart a monstrous killing spree that has terrorized the local town, and solve the supernatural mystery that embroiled her parents 25 years ago — all while navigating her new and very tangled relationships at Nevermore.”

The series also stars Catherine Zeta-Jones as Morticia Addams, Luis Guzmán as Gomez Addams, Isaac Ordonez as Pugsley Addams. Christina Ricci will also appear in the series as a series regular. Rounding out the cast is Riki Lindhome, Jamie McShane, and Gwendoline Christie.

Wednesday will premiere exclusively on Netflix this Fall. Check out the teaser trailer below:

All of Us Are Dead Renewed for Second Season By Netflix