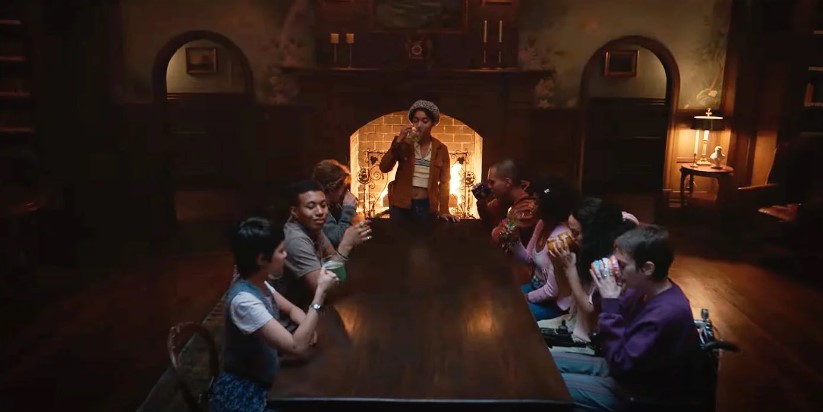 Netflix has revealed the first trailer for The Midnight Club. Along with the reveal trailer, the horror series also got a release date letting viewers know when they will get to dive into the mind of Mike Flanagan in his new series. Flanagan’s Midnight Mass was also released on the streaming platform and was a critically acclaimed success. Flanagan also brought the fan-favorite series of The Haunting of Hill House and The Haunting of Bly Manor.

The trailer introduces us to the characters created by Christopher Pike from the novel that the series is adapted. The eight teens from Rotterdam Home form a club that shares horror stories at midnight as they await the fate of their terminal illnesses. With each member of The Midnight Club reciting a verse of a poem, the teaser trailer recites the poem verses that read:

“To those before. To those after. To those near. And to those beyond. Seen or unseen. Here but not here.”

The Midnight Club will premiere exclusively on Netflix on October 7th, 2022. Check out the trailer below: