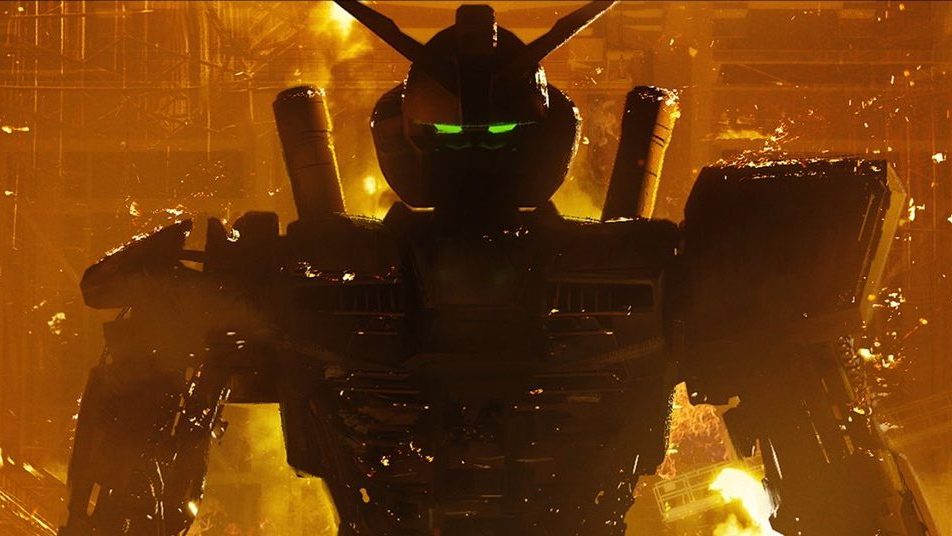 Legendary Pictures and Sunrise have revealed the first concept art for their upcoming Gundam live-action film during the recent Netflix Festival Japan 2021. The film is set to be helmed by the director of Kong: Skull Island, Jordan Vogt-Roberts. The film is set to come exclusively to the streaming platform, but Netflix has not revealed a release date as of yet.

The absolutely glorious concept art shows one of the mecha robots that has been the staple of the Mobile Suit Gundam franchise. Towering over the city street and complete destruction around the intimidating mecha suit. Possibly pointing to a battle that may be taking place in the film. Concept art may not be much to cling your excitement on, but if anything should get you excited for the upcoming film, it’s this… Legendary Pictures has been behind some of the most visually stunning films that fall in line with Gundam having brought to life Pacific Rim as well as being behind the recent Kong and Godzilla films, oh and let’s not forget Dune.

Vogt-Roberts will be directing the Gundam live-action film from a script from acclaimed comic book author Brian K. Vaughan who wrote the stunning Saga comic book series and Y: The Last Man. The film is set to be produced by Mary Parent, Cale Boyter, and Naohiroshi Ogata and the former will serve as executive producers as well alongside Makoto Asanuma.

“The war between the Earth Federation and Zeon, a young and inexperienced crew find themselves on a new spaceship. Their best hope of making it through the conflict is the Gundam, a giant humanoid robot, and its gifted teenage pilot.”

The series essentially defined the “real robot” genre and despite the colossal and spectacular mecha fights, the series introduced the discussions of the meaning of war, colonialism, and the complex relation between factions with different political values.

If the concept art proves anything, it is that the film is making headway and moving even closer to gracing us with bringing one of our all-time favorite anime series to life. Check out the original tweet below: