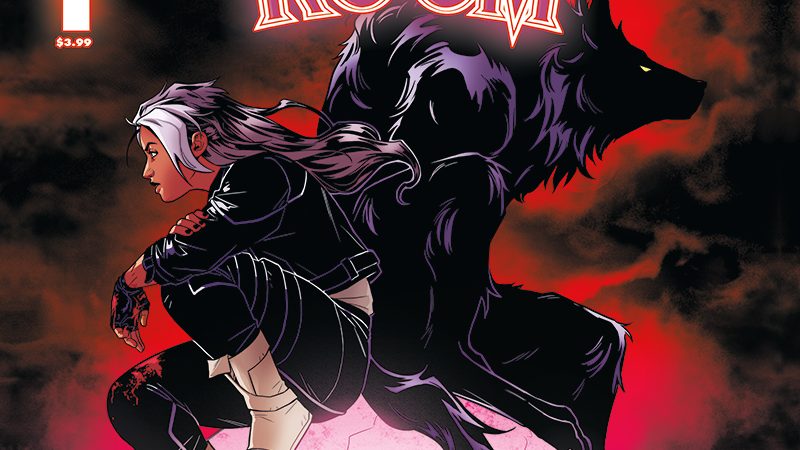 Cynthia “Sin” Breaker used to be a lot of things. A werewolf. A mob enforcer for a powerful mage. A name feared on every street of Solar City. But now she’s forcibly retired from all those things, trying to get over her past job and past loves.

“LUNAR ROOM started as a conversation with Tim Daniel about why I hadn’t done a werewolf comic,” said Danny Lore. “That conversation created the seed of an idea—how would I get what I love about werewolves into a script that an artist could have fun with, rather than a more internal-sensation-based tale. That, paired with the best advice I’ve ever been given (“Be less subtle,” as Adrian Wassel often reminds me!), gave way to LUNAR ROOM. From the genre-mash-up to the story structure (chapter-based but not reliant on the issue number) to the very names of our characters (Sin Breaker and Zac Zero!), this is me pushing myself to be wonderfully unsubtle in my style.”

“On a deeper level, LUNAR ROOM is also about identity and truth,” added Lore. “Many of our characters are struggling with losing their identities, their understanding of the truths they’ve been told, and what to do with that hole in their lives. When their personal senses of power are so tied to their sense of self, can someone take the very core of who they are away, and how can they reclaim it?”

LUNAR ROOM #1 will hit store shelves in November 2021 and will debut with a variant cover by Vault Cover Artist-in-Residence, Corin Howell.

To find a comic shop near you, visit ComicShopLocator.com