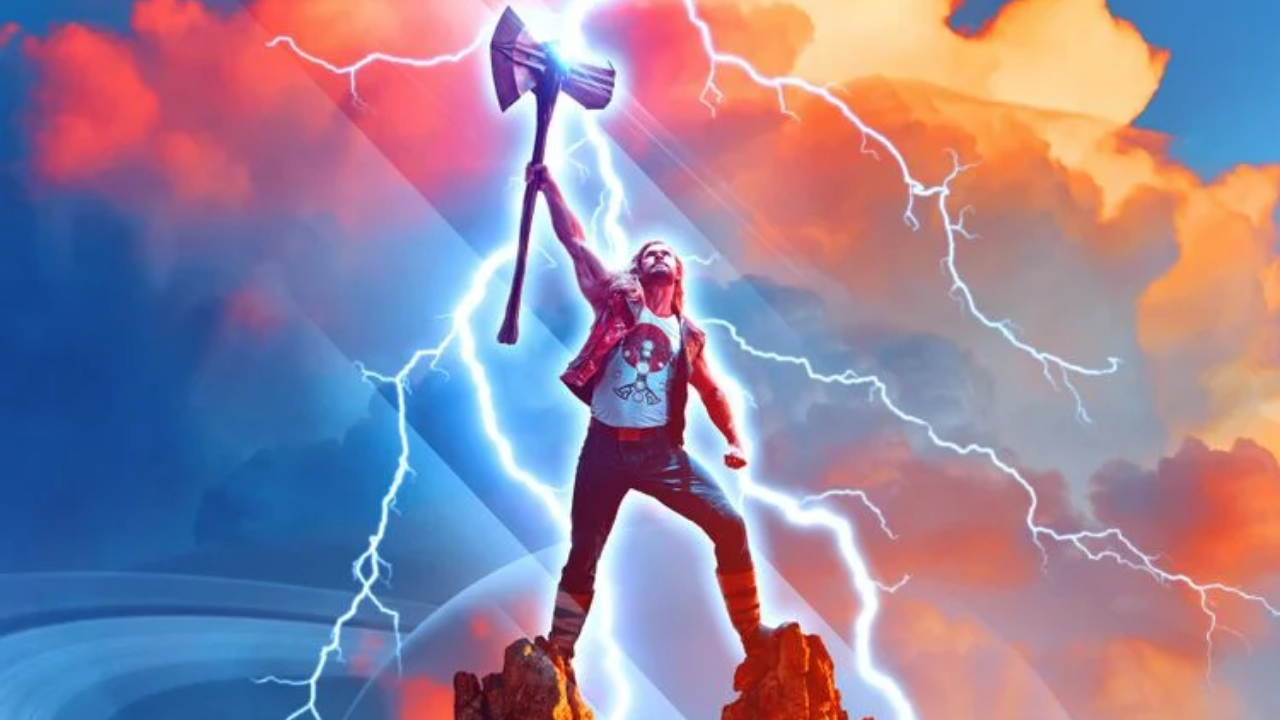 Marvel Studios has released the first teaser trailer for Thor: Love and Thunder. The trailer for the highly-anticipated film has finally arrived just three months ahead of the film’s release in July. Chris Hemsworth returns as the god of thunder and coming along for the cosmic ride are many familiar faces from the MCU, including Natalie Portman returning to reprise her role as Jane Foster. The film looks to pick up right after the events of Avengers: Endgame and will follow Thor as he attempts to walk away from being just a warrior after the events in the Infinity Saga.

Thor is traveling with the Guardians of the Galaxy through space and we get a glimpse of Peter Quill (Chris Pratt) as Thor continues reeling from the loss of Asgard and the events that unfolded with Thanos. Gone is the Thor we last saw as we see him in a more positive spirit and as he looks to no longer fight for his own good, it’s very likely he will have no choice but to wield Stormbreaker again.

“The film finds Thor (Chris Hemsworth) on a journey unlike anything he’s ever faced – a quest for inner peace. But his retirement is interrupted by a galactic killer known as Gorr the God Butcher (Christian Bale), who seeks the extinction of the gods. To combat the threat, Thor enlists the help of King Valkyrie (Tessa Thompson), Korg (Taika Waititi) and ex-girlfriend Jane Foster (Natalie Portman), who – to Thor’s surprise – inexplicably wields his magical hammer, Mjolnir, as the Mighty Thor. Together, they embark upon a harrowing cosmic adventure to uncover the mystery of the God Butcher’s vengeance and stop him before it’s too late. Directed by Waititi (“Thor: Ragnarok,” “Jojo Rabbit”) and produced by Kevin Feige and Brad Winderbaum, “Thor: Love and Thunder” opens in theaters July 8, 2022.”

Thor: Love and Thunder will arrive in theaters on July 8th, 2022. Check out the new trailer below: