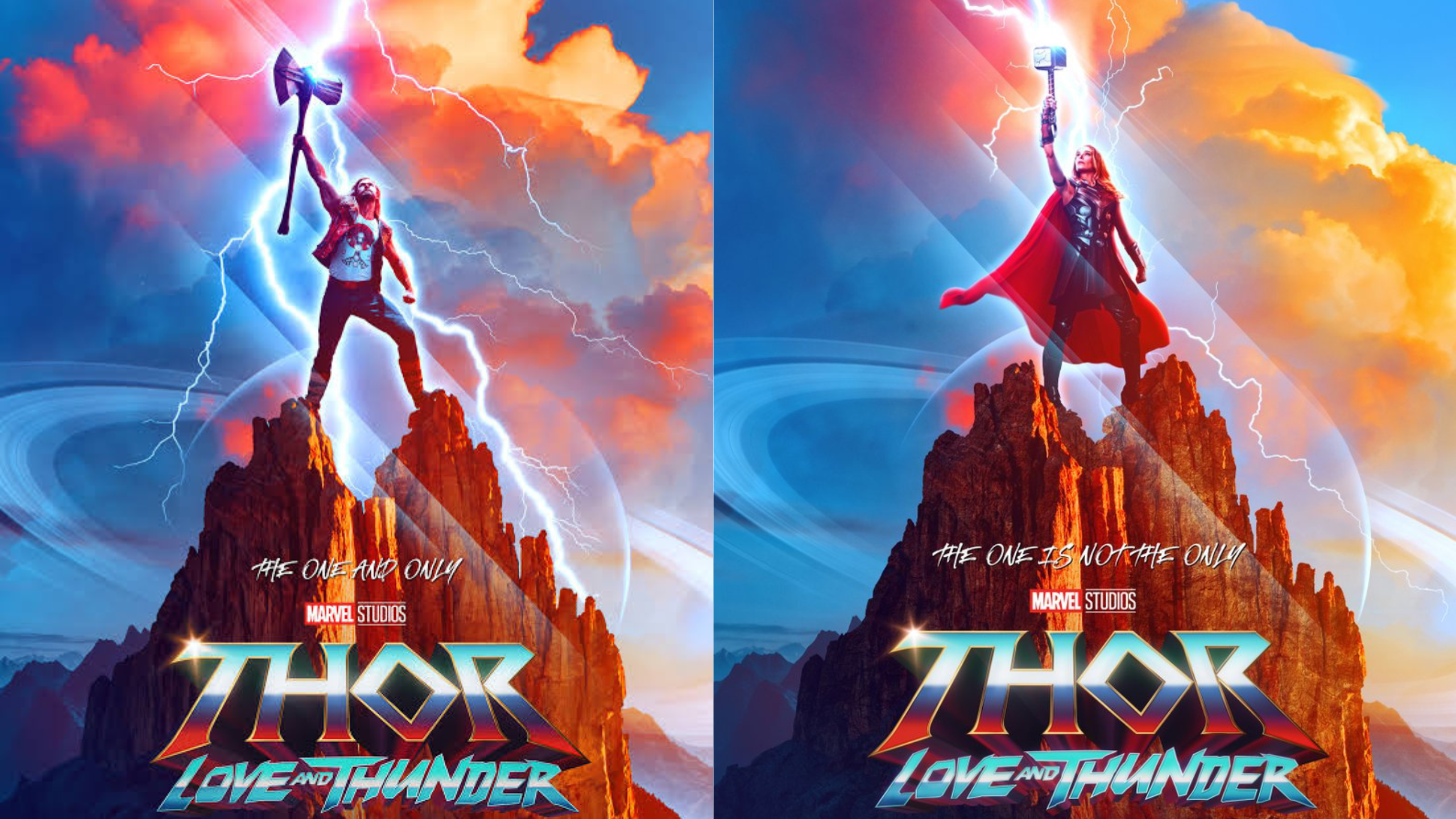 A new image for Marvel’s Thor: Love and Thunder has been released giving us a great look at Natalie Portman and Chris Hemsworth in full Thor costume. The image was revealed by Empire Magazine, and it shows Portman’s Jane Foster standing with Hemsworth’s Thor while Portman wields the rebuilt Mjolnir.

“The film finds Thor (Chris Hemsworth) on a journey unlike anything he’s ever faced – a quest for inner peace. But his retirement is interrupted by a galactic killer known as Gorr the God Butcher (Christian Bale), who seeks the extinction of the gods. To combat the threat, Thor enlists the help of King Valkyrie (Tessa Thompson), Korg (Taika Waititi) and ex-girlfriend Jane Foster (Natalie Portman), who – to Thor’s surprise – inexplicably wields his magical hammer, Mjolnir, as the Mighty Thor.

Together, they embark upon a harrowing cosmic adventure to uncover the mystery of the God Butcher’s vengeance and stop him before it’s too late. Directed by Waititi (“Thor: Ragnarok,” “Jojo Rabbit”) and produced by Kevin Feige and Brad Winderbaum, “Thor: Love and Thunder” opens in theaters July 8, 2022.”

“It’s been about eight years,” Waititi said. “She’s had a whole other life, and then the love of your life comes back on the scene, and is now dressed like you. It’s a real mindfuck for Thor.”

Waititi was careful to not reveal too much about Portman’s return but he does note why he felt it was the right time for her to return while pointing out that Jason Aaron‘s The Mighty Thor was an inspiration and why it came much later than expected, saying:

“I didn’t know we were going to use the storyline of the Mighty Thor character until we started working out the actual story. I was writing and it was like, ‘Wouldn’t it be kind of cool to bring Jane back into the storyline?

You don’t want Natalie coming back and playing that same character who’s walking around with science equipment. You know, while Thor’s flying around, she’s left on Earth, tapping her foot going, ‘When’s he going to be back?’ That’s boring. You want her to be part of the adventure.”

Waititi also touches on Portman’s comedic talent and what that brings to her role. Saying:

“Natalie’s really funny in real life. She’s kind of goofy and has got a great sense of humour, and I don’t think that was exploited enough in the first films.”

Thor: Love and Thunder will be released in theaters on July 8th, 2022. Check out the image below: