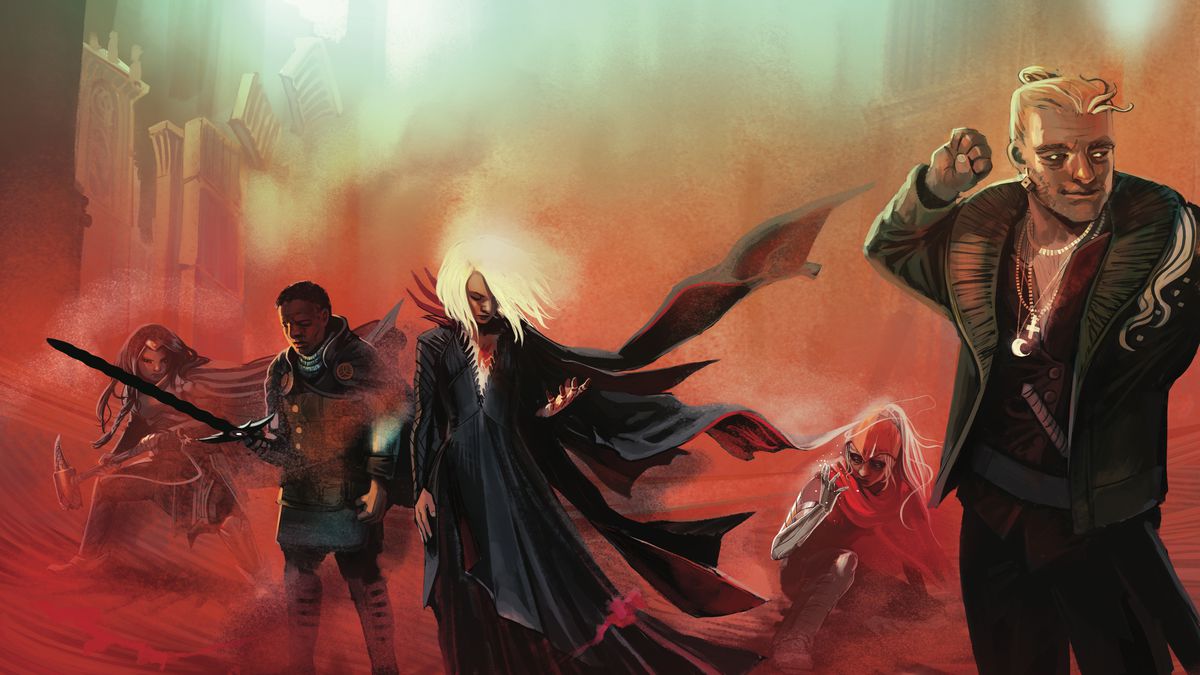 Image Comics has announced that the bestselling fantasy series DIE will be collected into a hardcover edition and released for fans to revisit or jump into the stunning fantasy world in the oversized collected edition that will include issues #1-20 of the award-winning series from writer Kieron Gillen and artist Stephanie Hans.

DIE follows a group of friends who disappear into a fantasy role-playing game. Only five of the six friends return and nearly thirty years later, these broken adults are dragged back into the game in the series that blends Jumanji with Dungeons & Dragons.

DIE was an award-winning series that saw many sellout issues and provided what the publisher describes as an “electrifying story that blended dark fantasy, goth aesthetic with an RPG sensibility.” The DIE hardcover will be available on November 2nd, 2022 at your favorite local comic shops and everywhere books are sold on November 8th, 2022. Check out a preview of the cover below: