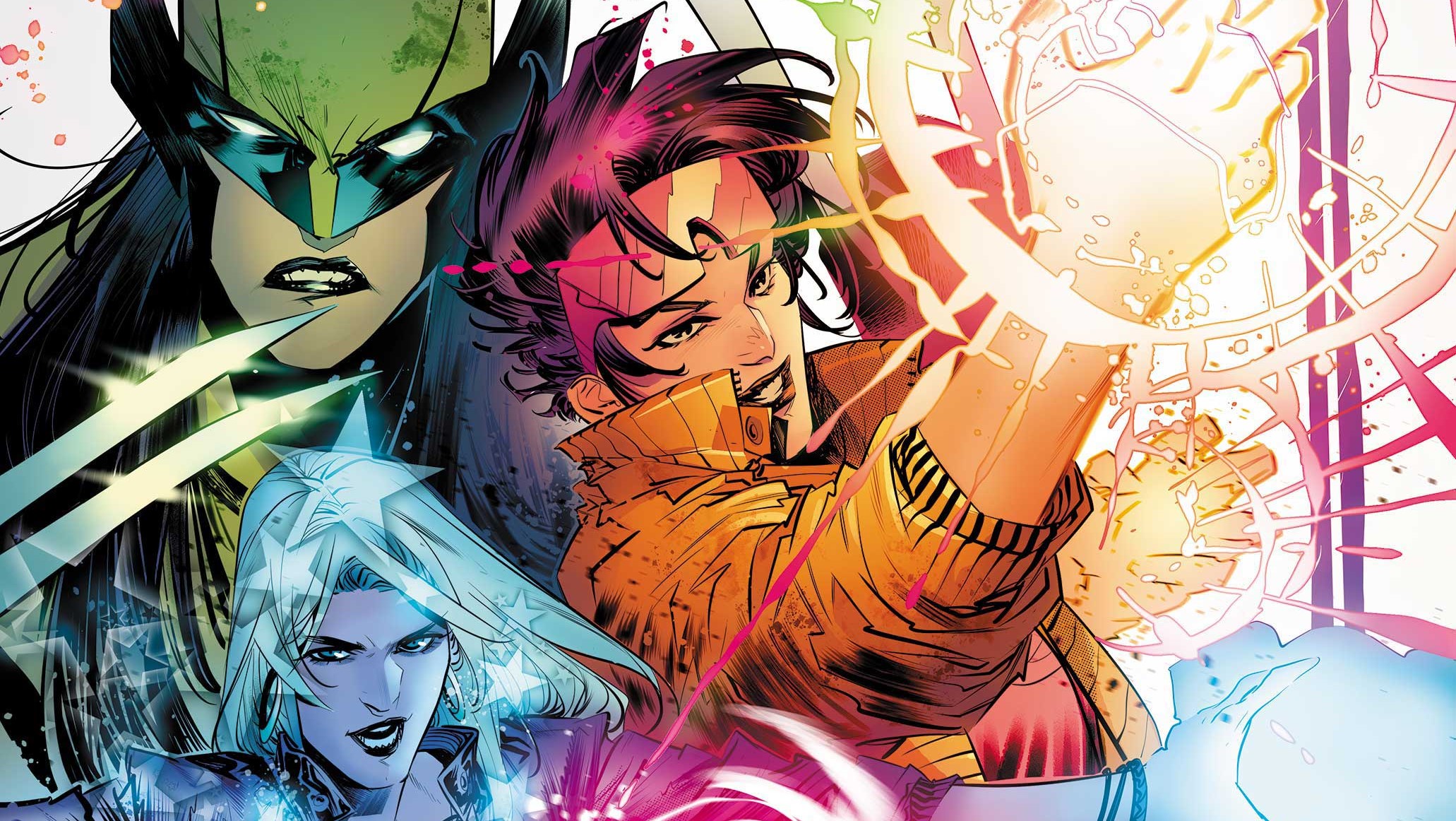 Marvel Comics has revealed a new limited series titled X-Terminators. The new X-Men limited series will bring together Dazzler, Jubilee, Wolverine, and Boom-Boom for a night they will never forget. Written by Leah Williams with art by Carlos Gómez and main cover art by Federico Vicentini, the series takes our X-heroes through the underbelly of the Marvel universe with influence from grindhouse films, fans are in for a chaotic ride full of blood, sweat, and sweet revenge according to the publisher.

“In typical X-Men fashion, what starts as a wild night out gets even crazier when Jubilee, Boom-Boom, and Dazzler are kidnapped and put into elaborate death traps by a mysterious new army of enemies! What are three fierce mutants with the power to blow things up to do? Expect a hardcore, neon-fueled, down and dirty type of adventure unlike any seen before in X-Men history with all the light blasts, fireworks, time bombs, and brawling you can possibly hope for!”

“I’m excited about how gleefully transgressive this book is—it’s sexy, stupid, and chaotic,” Williams said. “One of my favorite moments in the making-of this book was Jordan[D. White] asking, ‘What do you think… Parental Advisory for this book? Or just T+?… I am leaning PA.’”

“I’m eager to be working on X-TERMINATORS with Leah!” Gómez added. “She’s an incredible writer and always delivers fun and engaging stories and this title is no exception! Did I mention it’s action-packed? Also, X-Men has been one of my favorite series and it’s always cool to be back in the X-Family!”

X-Terminators #1 will be available at your favorite local comic shop and digitally on July 6th, 2022. Check out the main cover art below: