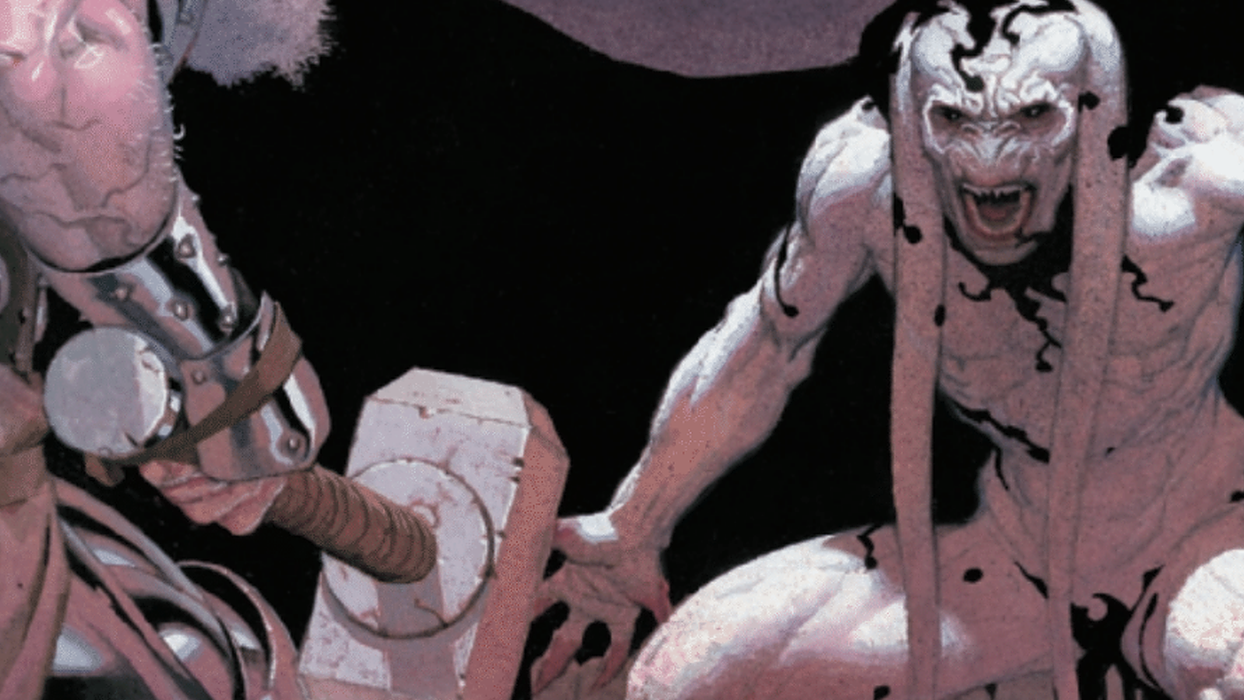 ew photos from the set of Marvel’s Thor: Love and Thunder have surfaced online and they offer us a first look at Christian Bale as Gorr the God Butcher. The film has already wrapped production in Australia, The images are from the reshoots taking place in Malibu.

We see Bale in full makeup and costume for his character. Gorr was introduced to Marvel Comics back in God of Thunder #2 which was released in January 2013. In the comics, Gorr nearly kills Thor after slaying many gods from various pantheons.

Chris Hemsworth will be back as the God of Thunder, Natalie Portman is reprising the role of Jane Foster, who will also become Thor, Tessa Thompson is returning as Valkyrie and ruler of Asgard, and Chris Pratt will return as Star-Lord. It also stars Russell Crowe, along with other members of the Guardians of the Galaxy.

One of the storylines for the film features Jane Foster taking on the mantle of Thor. That story arc is based on Jason Aaron’s comic book run on The Mighty Thor, the story of which follows a cancer-stricken Jane Foster as she takes up the mantle and powers of Thor.