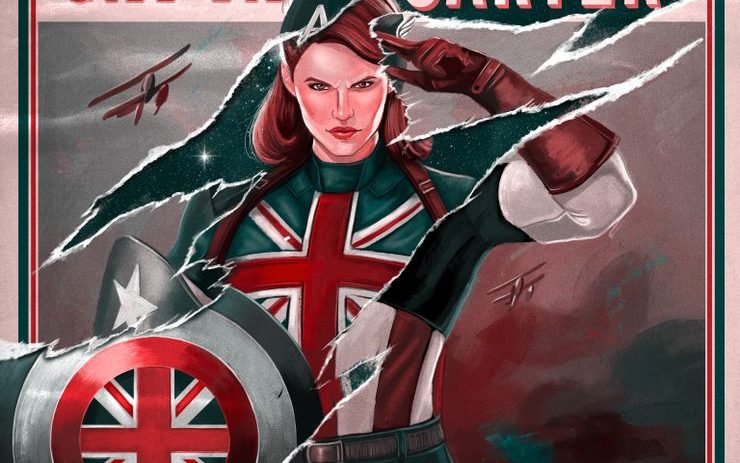 Steve Rogers Comes to the Rescue in His Hydra Stomper in Marvel’s WHAT IF…? Clip.

Marvel’s What If…? animated series is set to premiere on Disney+ soon and Marvel has shared a new clip to get us ready for a mixed bag of Marvel alternate realities. The clip features Captain Carter, James Barnes, and the Howling Commandos in a tight spot and they need some back-up while in the heat of battle.

Carter calls in for air support and at that point, Steve Rogers comes flying in to save the day while wearing his Hydra Stomper armor. This is the first time that Peggy sees Rogers’ Hydra Stomper. Check out the clip below and let us know which characters you are looking forward to seeing the most!

Marvel’s What If…? is an anthology series where The Watcher looks at instances of where the MCU could have gone in a completely different direction. It will examine the 23 past films in the MCU, but each of the stories will feature one key difference showing how the story would have played out differently.