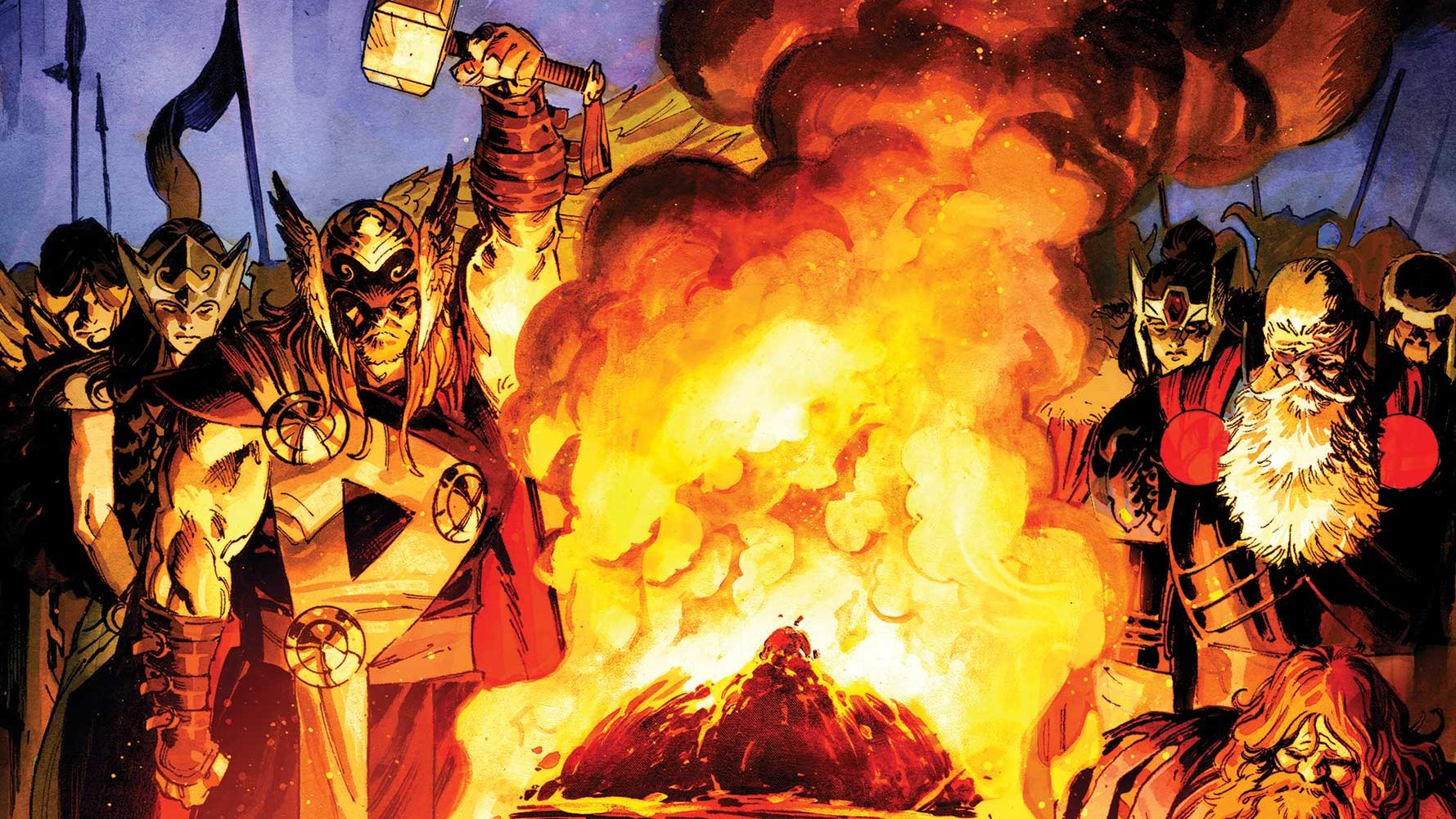 Marvel has announced that all-star creators will join Donny Cates and Nic Klein to celebrate 750 issues of Thor. Many of the creators set to return have had a hand in defining Thor for several generations of the character’s life. The saga now continues in this iconic milestone issue with the current stars at the helm of the Thor series and those who have shaped the character we know today.

Writer J. Michael Straczynski will join Oliver Coipel for a story set during their Thor saga. Dan Jurgens will write and provide art for a story featuring Thor and his brother Balder Odinson. Al Ewing and Lee Garbett will team up to provide a story for the God of Mischief for the first time since they created Loki: Agent of Asgard. Walter Simonson will pen and draw a story featuring Beta Ray Bill. Tom DeFalco and Ron Frenz will be teaming up for a classic team-up that will bring us a brand-new story featuring Enchantress, and finally, Jason Aaron and Das Pastoras get set to hand us a hell of a story featuring Thor’s father Odin Borson.

Celebrate the long and storied history of the God of Thunder with the writers and artists who helped build his legacy when THOR #24 hits stands in April. Check out the cover below: